ABC's fall TV schedule is set, but virus has say on timing 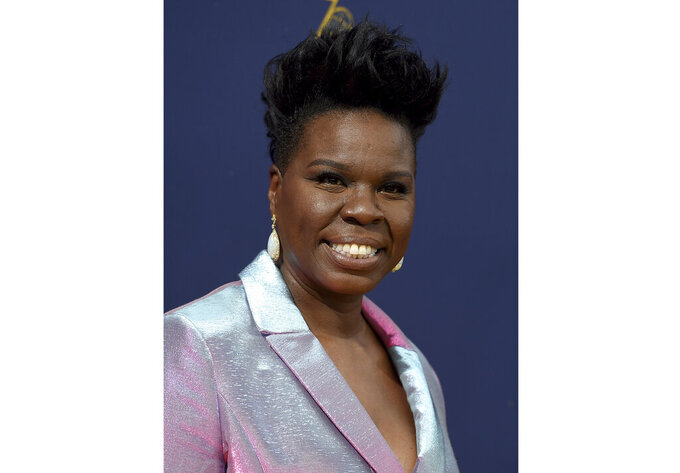 FILE - This Sept. 17, 2018 file photo shows Leslie Jones at the 70th Primetime Emmy Awards in Los Angeles. The former "Saturday Night Live" star will host a new version of the game-show "Supermarket Sweep," which originally aired on ABC from 1965-67. The show follows three teams of two as they compete using their grocery shopping skills and knowledge of merchandise to win cash prizes. (Photo by Jordan Strauss/Invision/AP, File)

LOS ANGELES (AP) — ABC’s fall schedule released Wednesday optimistically details its plans, including a new thriller from the creator of “Big Little Lies." But there's a key element missing — the debut dates made uncertain by the coronavirus pandemic.

“I am hopeful that the season will start sometime in late September or early October,” said ABC Entertainment President Karey Burke. As she sees it, the “traditional September premiere week is probably overly optimistic for the networks to be looking for.”

The broadcast season typically kicks off the day after the Emmy Awards, this year to air Sept. 20 on ABC. But with new safeguards in place as film and TV production restarts after a coronavirus-caused halt that began in March, it’s unclear how quickly and efficiently the industry will get back to work.

CBS, NBC and Fox all are facing the same potential obstacles, with a smaller network, CW, already throwing in the towel on fall and pushing its new season to January 2021. A mix including unscripted and acquired series will fill in before then.

ABC has backups available if needed, Burke said, including unscripted fare it ordered at the beginning of the shutdown. It also has shows available to the network as part of the Walt Disney Co. which “we could draw from in order to get us through.”

Yet to be decided is what the Emmys will look like in a year that glamorous red carpet arrivals and a packed auditorium clearly are at odds with social distancing and masks. Jimmy Kimmel, ABC’s late-night host, was announced Tuesday as the event’s emcee and producer.

It’s too early to tell what shape the telecast will take, Burke said, with Kimmel and others “hard at work on a number of different options.” The comedian proved his adroitness when the pandemic forced “Jimmy Kimmel Live!” to tape at his house and the show remained "as entertaining as it ever had been,” Burke said.

Most of the 20 series the network renewed for next season are set to return in the fall, including veterans “Grey’s Anatomy” and “Dancing With the Stars.” They’ll be joined by a trio of freshman including “Big Sky,” a thriller from “Big Little Lies” writer-producer David E. Kelley; the Kyra Sedgwick comedy “Call Your Mother,” and game show revival “Supermarket Sweep” with host Leslie Jones (“Saturday Night Live”).

Programs that will debut later in the season are “American Idol,” “The Bachelor,” “black-ish,” “For Life” and “mixed-ish.”

After years of criticism for featuring only white men, reality series “The Bachelor” is giving Matt James the spotlight. He was to be a suitor on “The Bachelorette” when the production shutdown hit.

“I couldn’t be happier with the choice of Matt as ‘The Bachelor.’ And this is just the beginning," Burke said. "We are going to continue to take action with regard to diversity on this franchise. And I just feel privileged to have Matt with us and as the first of many black bachelors.”

ABC’s canceled series include sitcoms “The Beauty and the Baker,” “Bless This Mess,” “Schooled” and “Single Parents,” the drama “Emergence,” and the Tiffany Haddish reality show “Kids Say the Darndest Things.”