AP PHOTOS: No Wimbledon champs in 2020, but plenty in past 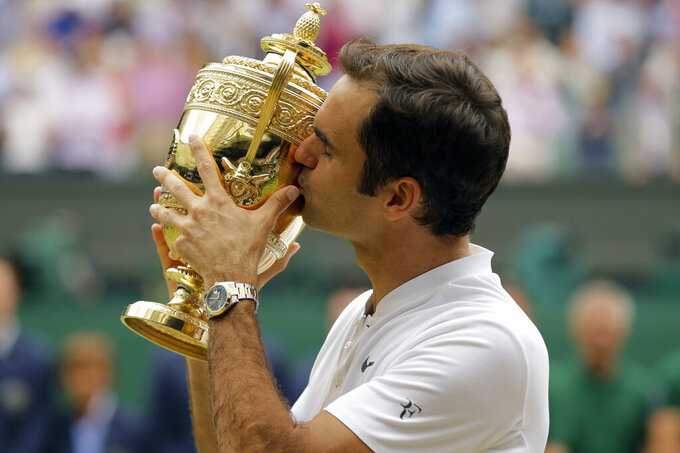 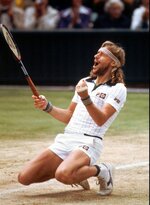 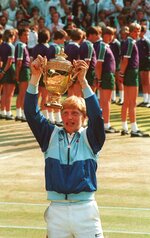 There will be no tennis royalty or tennis champions at the All England Club in 2020, though. There are no matches at all.

The two-week grass-court Grand Slam tournament was supposed to be in the swing of things right now but was canceled for the first time in 75 years because of the coronavirus pandemic.

What better time to take a look through AP photos of the past and recall some of those who have ruled Centre Court over the decades?

Folks like Roger Federer, whose eight singles titles are the tournament record for a man, one more than Pete Sampras, or Martina Navratilova, who did Federer one better and holds the overall mark of nine singles trophies.

Or the Williams sisters, Venus and Serena, who have made sticking around for the full fortnight a family tradition: One or the other — or both — played in the women's singles final in 16 of the past 20 years. They have accounted for a dozen singles titles in that span, seven for Serena (who also was the runner-up each of the past two years) and five for Venus, along with six in doubles as a pair.

Go back a little further to find other queens and kings of the courts, from Steffi Graf and Chris Evert to Boris Becker and John McEnroe.

And then, of course, there are the champions of long ago, such as Billie Jean King, who claimed a record 20 triumphs in all at the All England Club: six in singles, 10 in women’s doubles, four in mixed doubles. She'd been at Wimbledon as a competitor or spectator every year for more than a half-century ... until now.

Or Rod Laver, who won Wimbledon four times, including as part of true Grand Slams in 1962 and 1969.