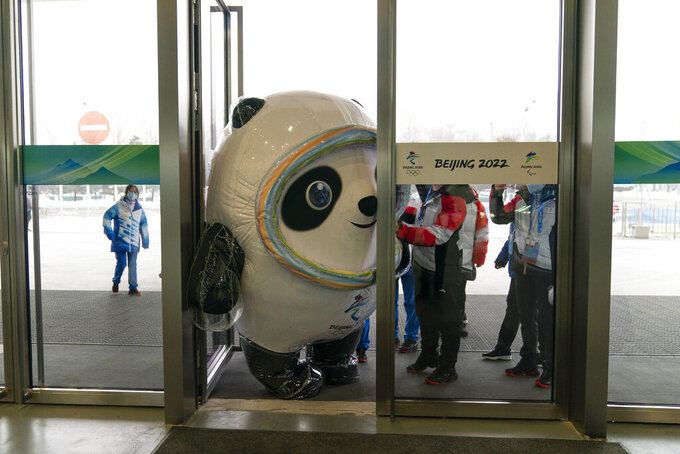 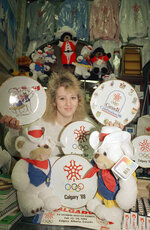 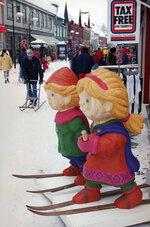 One was decided by a newspaper poll, one by a public vote and some others through a contest. The most recent was chosen from thousands of global entries of illustrations by children. Over the years, the mascots for the Winter Olympics have been abstract forms, animals and humans.

And they have remained in the public memory.

Bing Dwen Dwen, the cheerful panda, is the official mascot for the 2022 Beijing Olympics, but there were plenty before.

Shuss, a man on skis in abstract form, was the first official mascot for a Winter Olympics. He was the mascot for the 1968 Grenoble Games, made in the colors of France: blue, red and white.

Norwegian children Haakon and Kristin, dressed in Viking outfits, were the first mascots in human form. The 1994 Lillehammer mascots are said to have been inspired by historical figures Håkon IV Håkonson, the 13th century king of Norway, and his aunt Princess Kristin.

Schneemandl is said to have been a commercial success and inspired versions of living mascots. Austrian for “Snowman,” Schneemandl was the mascot for the 1976 Innsbruck Games.

A wolf isn’t an expected character for a mascot but the 1984 Sarajevo Games transformed an animal known to be feared into a friendly image. In Yugoslavian fables, the wolf symbolizes winter. Vučko the wolf was chosen through a contest with hundreds of participants.

Neve and Gliz were the mascots for the 2006 Turin Olympics. Neve is a snowball and Gliz an ice cube.

In Beijing, Bing Dwen Dwen is everywhere — on buses, at street corners and hanging from the rafters at some official Olympic venues. He is the face that those in a strict Olympic bubble at the Beijing Games will take back with them.