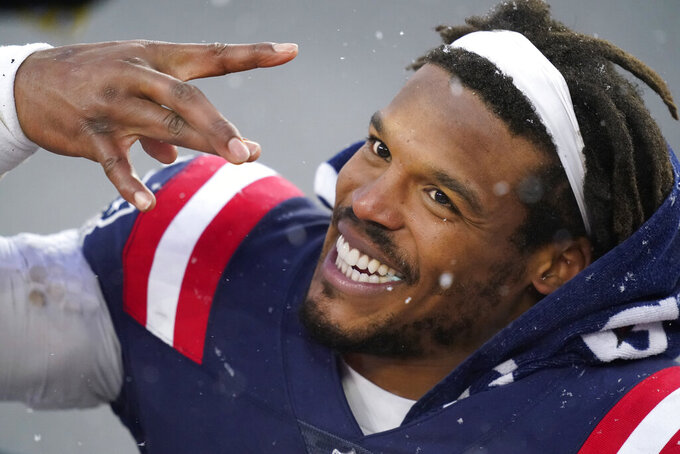 BOSTON (AP) — The New England Patriots are completing an agreement to re-sign free-agent quarterback Cam Newton, a person with knowledge of the negotiations told The Associated Press.

The one-year deal is worth close to $14 million, the person said, speaking on the condition of anonymity because new signings can’t be announced until the league year begins Wednesday. The deal was first reported by The Boston Globe.

With the new pact, the Patriots bring back the 2015 NFL Most Valuable Player after an up-and-down 2020 season. He missed time after contracting COVID-19 and struggled to lead the offense as he tried to fill the void created by Tom Brady’s departure to join the Tampa Bay Buccaneers.

The Patriots finished 7-9, missing the postseason for the first time since 2008 when Brady sustained a season-ending knee injury in the opener.

New England could still pursue a long-term option at quarterback through the draft, but this move for now sets Newton up to be the front-runner to start again in 2021.

Newton signed with Patriots last June after drawing little interest from teams following his release from the Carolina Panthers after nine seasons.

Despite his final two seasons in Carolina truncated by shoulder and foot injuries, he appeared in 15 games for the Patriots in 2020. He ran for 12 touchdowns and broke Steve Grogan's 42-year-old single-season franchise record for rushing yards by a quarterback with 592.

But he passed for just eight touchdowns, with 10 interceptions. His 2,657 passing yards were also the second-worst of his career, better than only the 572 he passed for in 2019 in two games.

Newton's best performance last season came in New England's finale in Week 17, throwing for three touchdowns and catching another in a win over the Jets. Asked afterward about whether he wanted to return, Newton — who praised coach Bill Belichick and his staff throughout the year — left open the possibility.

“I know where my heart’s at. I know the things of who I am," he said. "My whole time in New England has just been a blessing. Just see how it goes and go from there.”