ATHLETES ON: Resilience and bouncing back after a setback 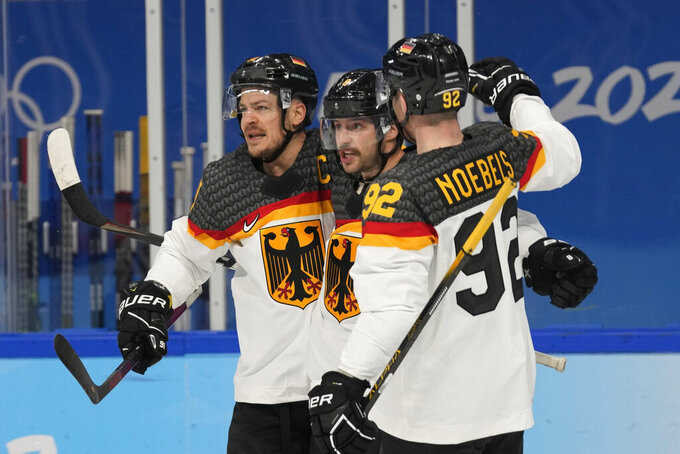 BEIJING (AP) — Whether it's a sidelining injury or a loss on the world stage, Olympic athletes know what it's like to suffer major setbacks — and to bounce back.

Most athletes who earn a chance to compete in an Olympic Games do not go home with medals. But many often go home having achieved a personal best: a career-high judging score or a faster race time.

For athletes, it's evidence that resilience does yield a prize at the Olympics.

Athletes share how they developed their resilience and get through disappointments:

American figure skater Karen Chen says athletes aren't always open about all of the challenges they overcome to compete in front of the world at the Olympics.

“I didn’t ever talk about it, but before the team event I actually fell down stairs and I hurt my ankle,” says Chen, who finished 16th overall in the women's single freestyle skating event.

“But you know, I was resilient and I was like, ‘I’m going to compete,” she said. “I know that I went through this challenge, and I fought through with every single strength that I have.”

Canadian ice dancer Nikolaj Soerensen is familiar with the mental toll an injury can take and says he hopes his recovery can inspire others.

After hurting his knee in 2019, Soerensen wasn't able to have surgery because it was the middle of his skating season with partner Laurence Fournier Beaudry. The experience taught him the importance of patience, taking time to heal and resisting the negative emotions that can accompany injury.

“The mind can play a lot of tricks on you when you’re injured,” Soerensen says.

To avoid getting into a rut, Soerensen and Fournier Beaudry took dance lessons off the ice, with Soerensen sitting in a chair to work his arm movements.

German ice hockey player Moritz Muller says he's learned through the years that setbacks are a part of life and that everyone has them.

“The most successful people are the ones who had the biggest setbacks,” Muller said after Germany was knocked out of competition in a 4-0 loss to Slovakia.

Muller says he bounces back from setbacks by taking time to understand what went wrong and to learn from his mistakes. His family helps him keep things in perspective, and not take himself too seriously.

After working with a mental coach, British ice dancing pair Lilah Fear and Lewis Gibson say they’ve learned the importance of replacing any doubts they might be feeling with belief in themselves.

“You fill your head with thoughts and it’s very powerful. You’re your own biggest influence,” Fear says.

They say that positive attitude has been key to their resilience.

Madeleine Dupont says the Danish women's curling team talks a lot about the kind of team it wants to be, including how it wants to handle itself after games.

“Do we want to be the team who just gives up and who don’t bounce back after a loss like this?” Dupont said after Denmark’s 7-2 loss in a round robin match to Great Britain. “That’s not the way I want to be, and that’s not how our team wants to be. We just want to keep showing up and keep doing our best.”

She said losses can be difficult and make her want to lie in bed crying. But she knows that’s not how she wants to look back on herself.

“I want to be the one who keeps fighting,” she says.

After failing to make the Olympics four years ago, Spanish ice dancing pair Oliva Smart and Adrian Diaz worked on communicating more constructively so there wouldn’t be any tension on the ice.

“We can’t say it was easy. It took five years for us to fully understand what we had to do,” Smart says. “Not just for skating and training but for life.”

Whether it’s a teammate, friend or family member, Smart says she learned that improving communications can take time and patience.

“But those breakthroughs do come — they just take time and patience. If you give it that time, it is so worth it,” she says.

— ATHLETES ON: Best things they’ve eaten in the Olympic bubble

— ATHLETES ON: Killing time when not competing