Australia plans no changes for 2nd cricket test vs India 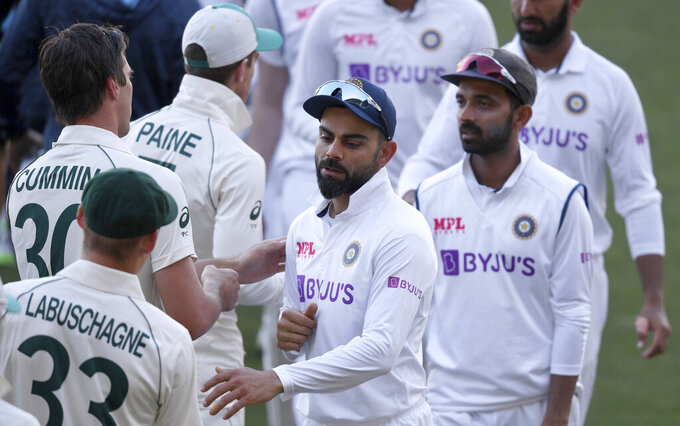 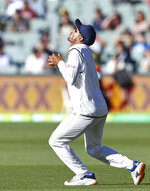 MELBOURNE, Australia (AP) — As expected, Australia plans to take an unchanged lineup into the Boxing Day test on Saturday as it attempts to go 2-0 in the four-test cricket series against India,

With David Warner still unavailable due to a groin injury, Australia coach Justin Langer said Thursday he would brave to tinker with the side for the Melbourne Cricket Ground match after a resounding eight-wicket victory in Adelaide when India was held for its record-low test score of 36 runs in its second innings.

Joe Burns will again partner Matthew Wade at the top of the order after Burns' unbeaten 51 in the second innings helped end the first test last Saturday inside three days.

““I would be a pretty courageous man to change the XI for this test match after the last one,” Langer said. “Unless something happens over the next few days, and they can happen in the world we live in, we’ll go in with the same XI.”

Up to 30,000 spectators will be allowed to attend the match, which will be the first time fans have been allowed into the MCG since the Australian women’s cricket team won the Twenty20 World Cup final in March, just before the coronavirus pandemic forced restrictions.

While the atmosphere will be different to a normal Melbourne test, where up to 90,000 people fill the stadium, Langer is just happy to be at the MCG at all.

“30,000 is better than none. It wasn’t that long ago, probably a few months ago, we wondered whether we would have a Boxing Day test in Melbourne,” he said. “Every time I come here, I pinch myself. It’s just an amazing stadium. There’s so much hype about it and the boys love playing here.”

On Wednesday, Australian team officials confirmed Warner and fast bowler Sean Abbott would not play in the second test due to a combination of injuries and COVID-19 quarantine restrictions.

“While neither player has been in a specific ‘hotspot’ on Sydney’s northern beaches as outlined by NSW Health, Cricket Australia’s biosecurity protocols do not allow them to rejoin the squad in time for the Boxing Day test,” Cricket Australia said in a statement Wednesday.