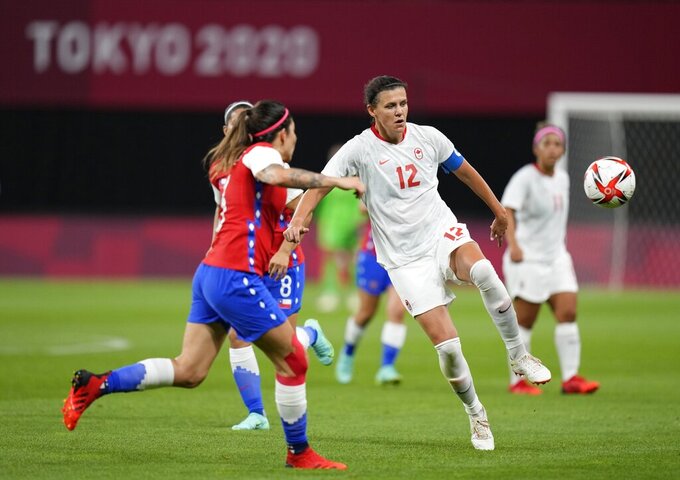 Beckie hit the post with a penalty attempt for Canada in the 21st minute, but she scored in the 39th with a goal off a cross from Nichelle Prince.

Beckie added her second early in the second half before Karen Araya pulled Chile within 2-1 with a goal in the 57th. It was La Roja's first-ever Olympic goal.

Canada opened the Olympics with a 1-1 draw against Japan in Group E. Christine Sinclair, the all-time leading international scorer among men and women, scored her 187th career goal in the sixth minute in her 300th appearance with the team.

La Roja lost to Britain 2-0 in their opener. Ranked No. 37 in the world, Chile is making its Olympic debut.