Bekele pulls out of London Marathon with calf injury 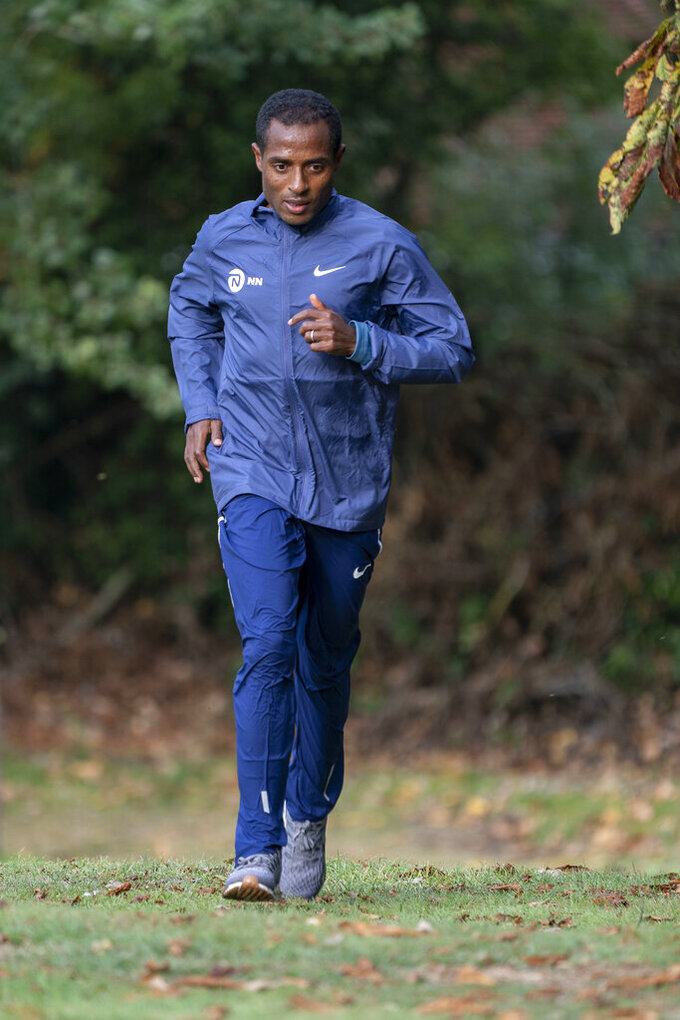 CORRECTS NAME OF ATHLETE Ethiopia's Kenenisa Bekele trains within the grounds of the official hotel and biosecure bubble in London, Wednesday Sept. 30, 2020, ahead of the elite-only 2020 London Marathon on Sunday Oct. 4. The 40th Race will take place on a closed-loop circuit around St James's Park in central London. (Bob Martin/London Marathon Events via AP)

LONDON (AP) — Ethiopian runner Kenenisa Bekele withdrew from the London Marathon on Friday because of a left calf injury.

Marathon officials had billed Sunday's race as a showdown between Bekele and longtime rival Eliud Kipchoge, the world-record holder.

The 38-year-old Bekele, a three-time Olympic champion on the track, said in a video message that he felt pain in his calf two weeks ago. He had hoped to get through it, but said Friday that he can't.

“It’s really impossible to race on Sunday. I am not ready because of not solving this minor issue,” Bekele said. “I have tried my best to solve it.”

Bekele said he initially felt pain when he “pushed a little bit hard in training." He said he's “disappointed for my fans” and vowed to return next year.

Athletes will compete on a 26.2-mile (42.2-kilometer) closed-loop course consisting of 19.6 clockwise laps around St. James’ Park. The traditional course along the River Thames was scrapped because of the coronavirus pandemic. Only elite men and women are competing and no spectators are permitted.

The 35-year-old Kipchoge, who is from Kenya, is seeking his fifth London victory.

Only one other World Marathon Major — Tokyo — was held this year. Boston, Berlin, Chicago and New York were all canceled because of the pandemic. The Tokyo field was also elite runners only.