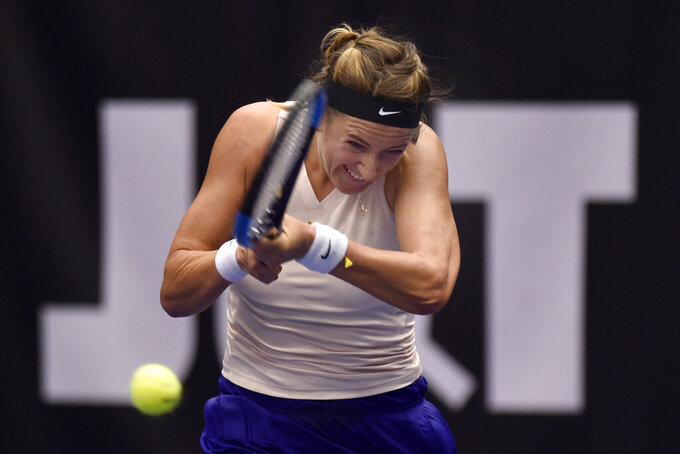 The 73rd-ranked Sorribes Tormo from Spain was cruising at 6-0, 4-0 up until the 12th-ranked Sabalenka found her rhythm to rally and win 12 straight games.

The Belarusian will play Jennifer Brady of the United States, who also needed to come from a set behind to overcome Russian qualifier Veronika Kudermetova 6-7 (5), 6-3, 6-1 to book a place in her fourth semifinal in 2020, including the U.S. Open.

Mertens started strong, taking a 4-2 lead in the opening set before Azarenka came back to beat the Belgian in straight sets as she did at the U.S. Open a month ago.

At that tournament, the Belarusian two-time Grand slam champion reached the final.

Azarenka will face Greek Maria Sakkari, who rallied from a set down to eliminate Ons Jabeur of Tunisia 3-6, 6-3, 6-1 to make her second semis of the season.

The indoor hard-court event was added to the WTA tour after tournaments in China were canceled due to the coronavirus pandemic.