Brazil detects 53 with COVID in relation to Copa America 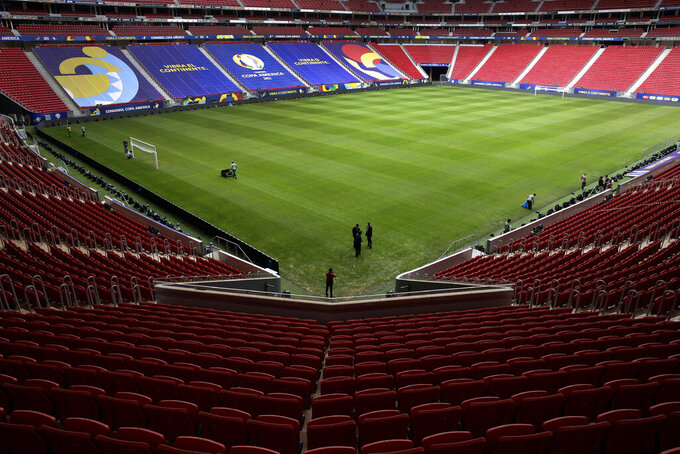 SAO PAULO (AP) — Brazil’s health ministry raised the number of COVID-19 cases related to the Copa America to 53, one more than the previous day, after a total of 5,082 tests.

It also adjusted the figures of infected players or staffers from 33 to 27.

The ministry also said on Wednesday that 26 workers hired for the tournament had tested positive.

Some of the workers are located in Brasilia, where Brazil opened the tournament on Sunday with a 3-0 win over Venezuela. Others were in Rio de Janeiro, which hosted Monday’s 1-1 draw between Argentina and Chile. And a few are based in Goiania, where Paraguay beat Bolivia 3-1.

The Venezuela squad is depleted after nearly a dozen cases of COVID-19 involving players or staff. Bolivia is missing three players.

The ministry said 1% of the tests related to the Copa America had come back positive. It also said that it will detect variants in the samples of the infected within two weeks.

Brazil stepped in late as emergency host of the 10-team continental championship despite the country having the second-highest number of recorded deaths from the coronavirus in the world, more than 490,000.