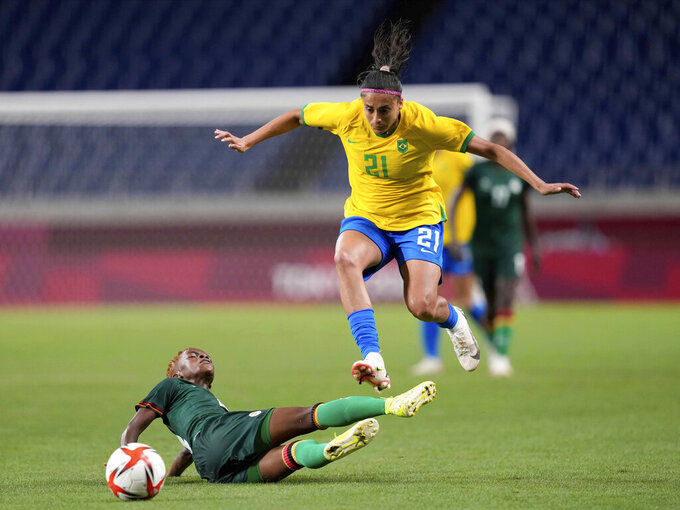 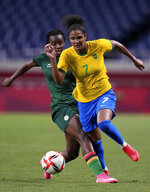 SAITAMA, Japan (AP) — Andressa scored in the 19th minute and Brazil advanced to the quarterfinals of the women's Olympic soccer tournament with a 1-0 victory over Zambia on Tuesday.

Brazil was even on points with the Netherlands, but the Dutch claimed first place in Group F on goal difference. The Brazilians will head to Rifu for a quarterfinal match against Canada.

The Canadians finished second in Group E following a 1-1 draw with Britain on Tuesday in Kashima.

Zambia, the lowest ranked team in the tournament at No. 104, was eliminated. But forward Barbra Banda emerged as a star in Japan with six goals.

Banda was the first woman ever to have hat tricks in her first two matches at the Olympics. It was Zambia's first ever appearance in the tournament.