British government in talks over venue switch for CL final 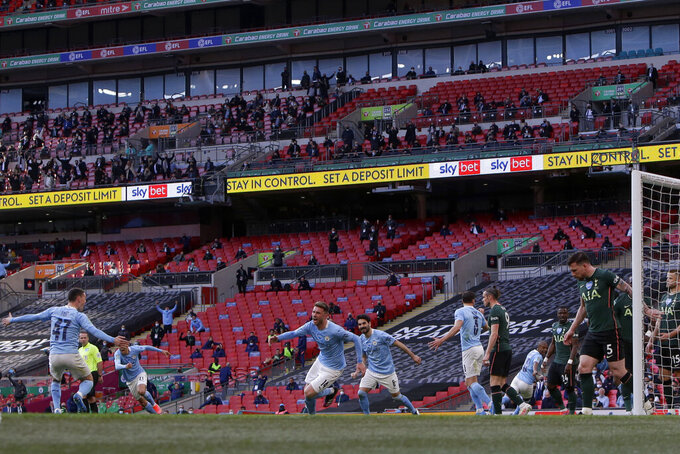 LONDON (AP) — The British government is holding talks about getting the all-English Champions League final between Manchester City and Chelsea moved to Wembley Stadium.

“There are delicate negotiations that are going on at the moment,” cabinet minister Michael Gove said Sunday.

The May 29 final is scheduled to take place in Istanbul but Turkey was added Friday to England’s “red list” of countries where all but essential travel is banned due to severe coronavirus outbreaks.

The British government is advising supporters not to travel to Turkey because of the new restrictions. UEFA was hoping to allow around 10,000 fans into the game.

Wembley in London is the likely location of the final, should it be moved to Britain. But the government would have to grant quarantine-free entry to UEFA officials and potentially sponsors and media. Switzerland, where UEFA is based, is on the amber list of countries from which people arriving into England have to quarantine for 10 days, albeit organized themselves rather than the mandatory hotel isolation for arrivals from red-list countries.

“My friend, my colleague, the culture secretary Oliver Dowden, is talking to people about this at the moment, and so I don’t want to cut across that,” Gove said. “But I’m sure that fans in the U.K. would dearly love to see the final played here in the U.K.”

Wembley is hosting playoff finals in the English Football League that weekend but they could be switched to another venue.