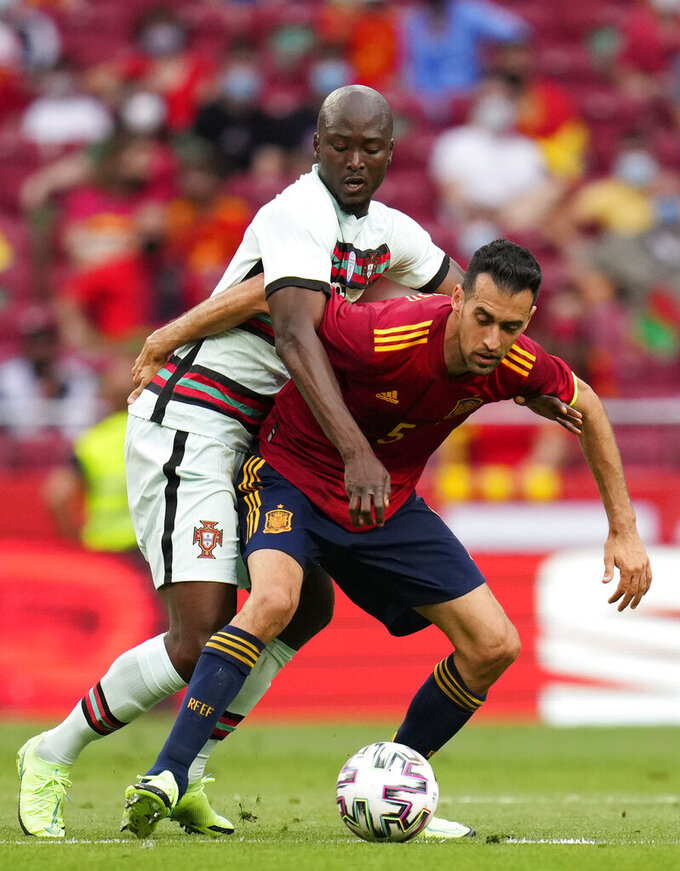 MADRID (AP) — Spain's preparations for the European Championship have taken a hit after captain Sergio Busquets tested positive for the coronavirus on Sunday and is in danger of missing key games at the tournament.

Busquets will need to be in isolation for 10 days, and his participation in the European tournament is in doubt. The midfielder is already set to miss the team’s opener against Sweden on June 14 in the southern Spanish city of Seville. Spain’s second match in Group E is against Poland on June 19, also in Seville.

All other players in the Spanish squad tested negative for COVID-19, the federation said.

The Spanish soccer federation said Busquets left the team’s training camp in Madrid on Sunday after the positive test was revealed. It did not provide further detail on Busquets' present condition. Everyone else in close contact with the Barcelona player has been put in isolation as per UEFA and local health safety protocols.

Other national teams' preparations could potentially also be affected as Busquets played for Spain in the warm-up match against Portugal on Friday in Madrid. He exchanged a hug with Portugal captain Cristiano Ronaldo before the game at the Wanda Metropolitano Stadium.

Because of Busquets' positive test result, Spain’s final warm-up match against Lithuania on Tuesday will be played with under-21 players.

Further tests will be repeated on the nearly 50 members of the Spanish delegation in coming days. The federation said it will evaluate the next steps regarding Busquets.

Spain coach Luis Enrique can still make changes to the squad in case of COVID-19 infections. The coach picked only 24 players for his squad instead of the 26 allowed for each national team at Euro 2020. He said he didn't want to have too many players who most likely would not get to play during the competition.

Personalized practice routines will be put into place so health safety protocols can be observed as the team continues its preparations for Euro 2020. All media and marketing activities scheduled for Monday were canceled.

The federation said it will fully refund fans if they don’t wish to attend Tuesday's match against Lithuania. It will give back 20% of the price paid for the tickets for those who still want to attend the match at the Butarque Stadium near the Spanish capital.