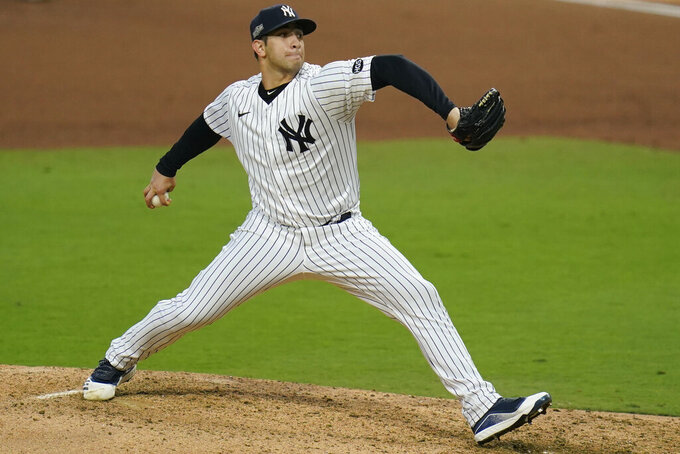 NEW YORK (AP) — Right-hander Luis Cessa and the New York Yankees avoided salary arbitration when they agreed to a $1.05 million, one-year contract Wednesday before the deadline to offer 2021 contracts to unsigned players on 40-man rosters.

The Yankees allowed right-hander Jonathan Holder to become a free agent, declining to offer a 2021 contract.

Cessa is 7-12 with a 4.40 ERA in 19 starts and 83 relief appearances over five seasons with the Yankees. He is eligible for free agency after the 2023 season.

Heller. 29, had a 3.00 ERA in six relief appearances, striking out six and walking two in six innings. He was ejected on Sept. 2 after hitting Tampa Bay's Hunter Renfroe on his leg with a 95 fastball, a day after New York closer Aroldis Chapman threw a 101 mph fastball over Mike Brosseau’s head, drawing a suspension.