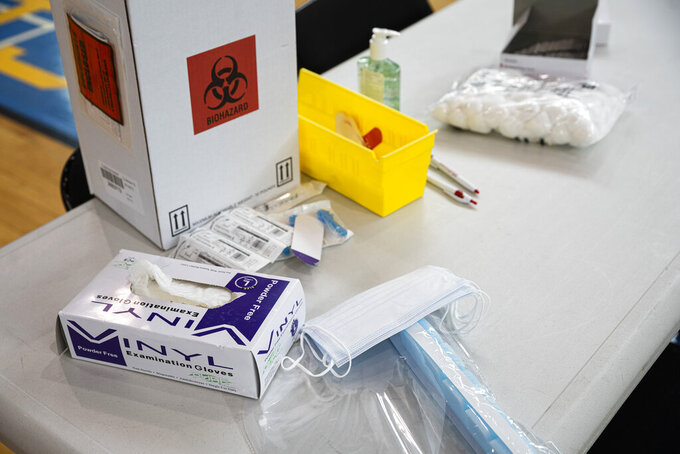 Starting Monday, Chicago will reserve 1,500 shots weekly for employees in the nation's third-largest school district. That’s on top of about 2,000 doses offered in recent days to teachers who are at higher risk of illness or starting back in classrooms sooner as the district gradually reopens. Some pre-K and special education students started in-person classes Thursday.

The vaccination sites are at four schools, including Clemente High School where some educators have already received shots. District officials said employees will be excused from work duties during their vaccination appointments.

Overall, district officials say more than 7,500 employees have been offered vaccinations, but they can't say how many were given because of medical privacy laws. The district said Friday it was taking a survey to determine how many have been administered.

The vaccines are part of the district's gradual reopening plan which emerged from a hard fight with the Chicago Teachers Union. The district is also testing educators and requiring daily health screenings.

“Widespread vaccination and an expanded surveillance testing program are critical components of our strategy to safely reopen as we phase in tens of thousands of staff and students in the coming weeks,” district CEO Janice Jackson said in a statement.

Nearly 1.8 million vaccines have been administered in the state, according to the Illinois Department of Public Health.