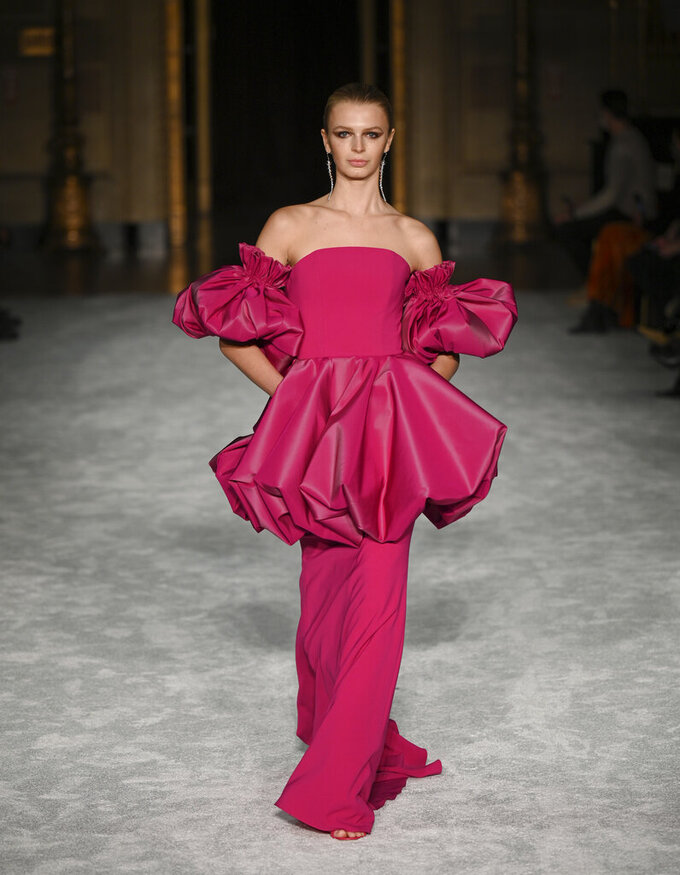 A model walks the runway at the Christian Siriano Fall/Winter 2021 at Gotham Hall during New York Fashion Week on Thursday, Feb. 25, 2021, in New York. (Photo by Evan Agostini/Invision/AP) 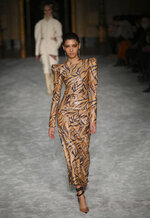 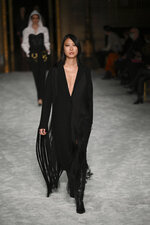 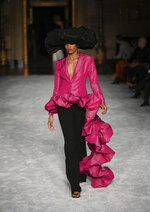 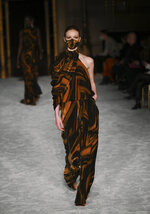 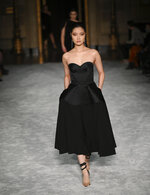 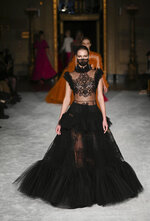 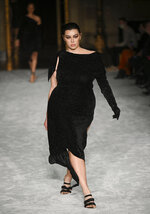 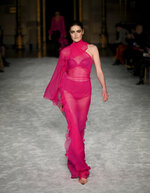 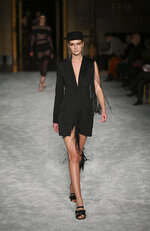 NEW YORK (AP) — Christian Siriano opened his second show of the pandemic Thursday with two ladies in bed, models who emerged flawless in black one-pieces, then dressed for all to see before hitting the runway.

It was a dreamy, color-saturated show during a tough time for fashion inspiration, Siriano said. He created an alternate reality inspired by a recent jaunt to Aspen, Colorado, to visit family for the first time in a year.

While most designers have gone fully digital during an expanded New York Fashion Week that has stretched the traditional calendar, Siriano remains committed to the runway.

“If you take this away, and the glamour, then it's like I'm just at the office talking about money all day, and that's not what I want,” he told The Associated Press after the fall-winter show attended by about 75 in-person guests. “I wouldn't want to do this job if I couldn't have this world.”

In this world, shared on Instagram Live, there were looks for hidden parties and cocktail hours in the Colorado mountains, and silky evening dresses in fuchsia and chartreuse. There were cutouts, and ruffles and lace for ombre and peekaboo impact. And there was Siriano muse Coca Rocha camping it up for the cameras in a voluminous black gown with a plunging neckline — after she woke up to start the show.

Siriano included two thrifted pieces he previously designed and found on the site thredUP, including a black fringe coat he made about seven years ago. He was pleasantly surprised it held up, both aesthetically and through its well-worn years. The other look was a plunging silk crepe dress in fuchsia washed many times.

“You shouldn't do that because it's silk, but it looked so cool. It looked worn but new. Hopefully it will show people we can do this in fashion,” Siriano said of the growing reuse movement.

He partnered with thredUP after creating the universal logo for thrift, in the shape of a coat hanger.

As for his newly created clothes, there was an “homage to the lodge” in plaid lames and cashmeres, melting into sunset-drenched oranges and pinks inspired by his Colorado vacation. He threw in some creams in a snakeskin print and bright winter whites, including a white jacket worn with loose fuchsia trousers for day.

Siriano carried his check lame print from a trouser set to a strapless cocktail gown to a loose, long-sleeve top with a plunge. There were psychedelic swirls of orange and brown in a pantsuit and an evening dress with a high slit.

What if, heaven forbid, he's forced to design a third collection in a pandemic come the September show cycle, trying to wrangle staff working remotely while sourcing materials.

“Honestly, I don't know," Siriano said, "because I love doing this but it's very hard to do in a pandemic. The logistics are a challenge, but we're just going to move on and hope for the best.”