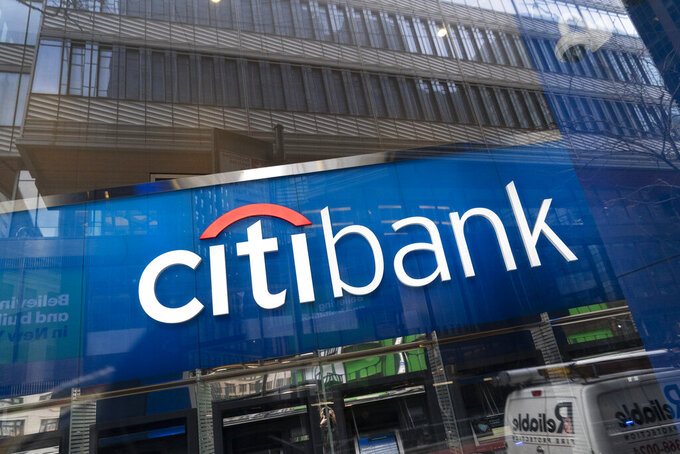 CHARLOTTE, N.C. (AP) — Banking conglomerate Citigroup said its fourth quarter profits fell by 7%, but like its competitor JPMorgan Chase, the bank saw improvement from the darkest days of the pandemic shutdowns.

Citi was able to “release” roughly $1.5 billion in loan-loss reserves in the quarter, which reflected the bank's economic outlook and the fact the economy — while still precarious at best — is better than where it was in March and April during the worst of the economic shutdowns. The amount set aside for potentially bad loans remains elevated, however, at $25 billion, about double what it was at the end of 2019.

When banks release loan-loss reserves, it goes immediately to their bottom line in the quarter they do so, but it's not profits in the strictest sense of the word. It's funds that a bank set aside previously to cover potentially bad loans — an accounting equivalent of escrow — that are freed up when they are no longer needed.

Citi had a strong quarter in its investment banking division, similar to what happened with JPMorgan Chase. Net income for the bank's institutional clients group was $3.65 billion, up from $2.87 billion a year earlier. Most of that came from the bank's trading desks, who reported a 13% increase in revenues.