Clashes break out at student protest in northern Greek city 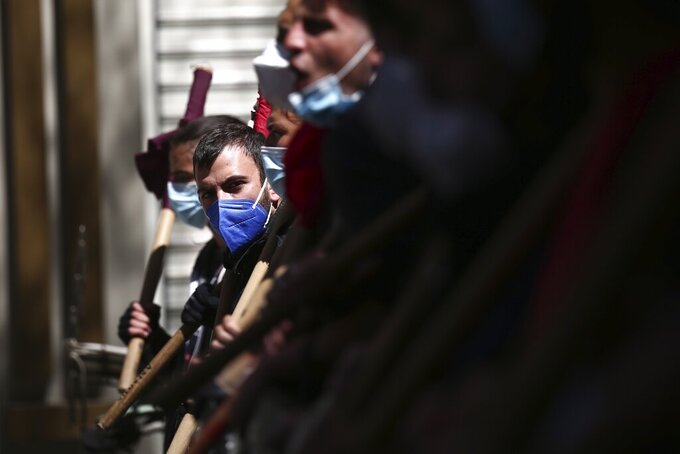 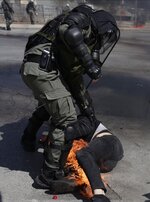 THESSALONIKI, Greece (AP) — Small groups of demonstrators clashed with police Thursday in the northern Greek city of Thessaloniki at the end of a march to protest a new law allowing the policing of university campuses.

About 7,000 people participated in the march, which had been peaceful initially. A group of around 100 protesters threw gasoline bombs and other objects at riot police, who responded with tear gas and stun grenades.

One protester was arrested on suspicion of throwing a gasoline bomb, authorities said. He was taken to hospital after being injured during his arrest, apparently by a gasoline bomb landing nearby, which caught both the protester and the riot policeman detaining him.

About 2,000 students also marched peacefully in Athens, police said. A police statement said that after the end of the march some 200 protesters were prevented by police from forcing their way into two university complexes in the city center.

The center-right government’s decision to allow the policing of university campuses has sparked frequent protests in recent months, despite coronavirus-related lockdown restrictions. Several have turned violent.

Police access to universities had been restricted for decades and has been a politically contentious issue. The center-right government has argued that the ban had been exploited by some using campuses as safe havens to conduct criminal activity or launch violent protests. But political opponents have accused the government of using the pandemic lockdown to sanction greater powers for the police.

Some of the controversy over the presence of police on campuses is rooted in Greece’s 1967-74 military dictatorship, when universities were an important source of political dissent. A student-led revolt in 1973 centered from the polytechnic in Athens was brutally crushed, with a tank breaking down the polytechnic’s gate as the military stormed the complex.