Couric book tour this fall will be in-person, in theaters 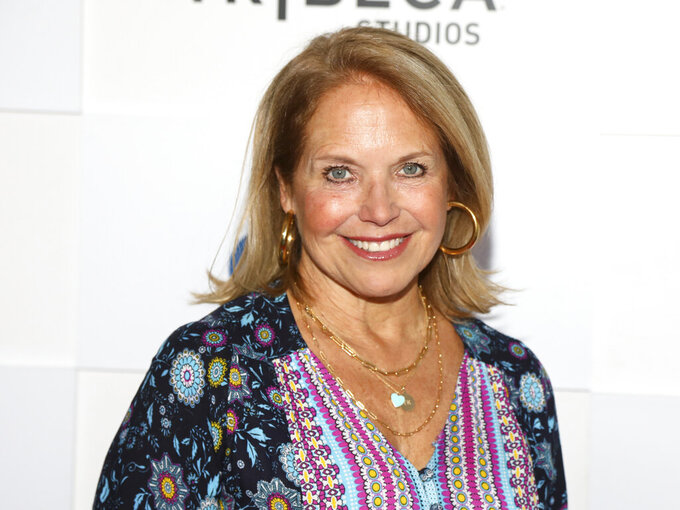 FILE - In this Friday, June 18, 2021, file photo, journalist Katie Couric attends a screening during the 20th Tribeca Festival at The Waterfront Plaza at Brookfield Place, in New York. Little, Brown and Company and Live Nation announced Monday, June 21, 2021, that Couric will embark on an 11-city in-person promotional tour for her book “Going There,” beginning with an appearance at Boston’s Orpheum Theatre on Oct. 28.(Photo by Andy Kropa/Invision/AP, File) 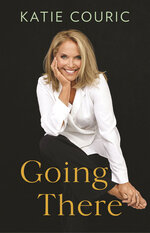 NEW YORK (AP) — For her tour this fall to promote her memoir “Going There,” Katie Couric is anticipating not only the interest of her fans but a return to something like a pre-pandemic world.

Book events have remained mostly virtual even as movie theaters and concert halls have begun reopening. Couric's 11-city tour, announced Monday by Little, Brown and Company and Live Nation, will very much be in person, and well beyond the scale of book stores and libraries and other typical settings for authors. She opens Oct. 28 at Boston's Orpheum Theatre, two days after “Going There” is released, and her itinerary also includes the Beacon Theatre in Manhattan, Atlanta Symphony Hall and the Ryman Auditorium in Nashville, Tennessee.

Special guests, to be announced, with be joining her at each stop.

“Given the challenging period we’ve been through, I’m so excited to be out in the world, creating a sense of community and a place where we can all get together for meaningful conversations, and have some fun, too,” Couric said in statement.

The tour will be produced by Live Nation, the concert promoter which previously worked on an author event scaled even higher — Michelle Obama's tour for her 2018 memoir “Becoming.”

“It is truly an honor to work with the iconic Katie Couric and present her to live audiences across the country,” Live Nation Women President and Chief Strategy Officer Ali Harnell said in a statement. “She has always provided so much inspiration to people everywhere, particularly women.”

While Obama appeared at the Forum in Los Angeles and other venues with seating capacities of 10,000 or more, Couric's tour is more in line with Hillary Clinton's events for her 2017 book “What Happened” or David Sedaris' planned stops this fall for “A Carnival of Snackeries: Diaries: Volume Two.” The Orpheum in Boston, the Beacon in New York and other stops have capacities of 2,000-3,000.

Publishers so far have hesitated to announce plans for future tours, though some in-person appearances are taking place. Jennifer Weiner is scheduled to read next month at Browseabout Books in Rehoboth, Delaware, and at other stores to promote her new novel “That Summer.” T.J. Newman, author of the debut “Thriller,” will be reading in July at the Changing Hands Bookstore in Phoenix, Arizona, where she used to work, and at the Mysterious Bookshop in Manhattan.