COVID-19 cases led to suspension of games at Iowa ballpark 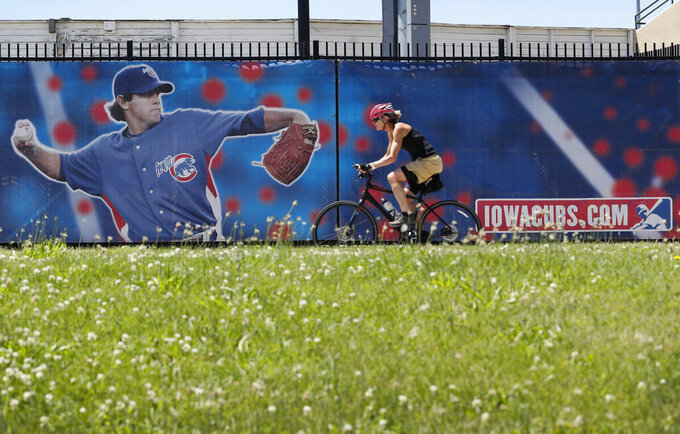 Officials with the park, which is home to the Triple-A Iowa Cubs, said all staff at the ballpark will now undergo testing for COVID-19.

Ankeny Christian and Orient Macksburg, as well as Indianola and Gilbert, had been scheduled to play at the park before park officials learned of infected staffer. Officials have also informed four high school teams — Pella Christian, Grinnell, Ames and Knoxville — that played there Wednesday about the positive test.

Because Iowa is the only state to sponsor summer high school sports, it became the first state in the nation to resume high school athletics in the wake of the coronavirus pandemic when it allowed high school baseball games to begin earlier this month.

The Cubs have yet to take the field at the park this year because of the outbreak. Instead, the stadium has been hosting high school baseball games.

“Once we get everybody tested and get the results of the staff, then we’ll go back to scheduling events that are open to the public,” Iowa Cubs president/general manager Sam Bernabe told the Des Moines Register. “But, until then, we can’t get anybody here in the stadium.”