COVID-19 hospitalizations up 20% in Alabama in 10 days 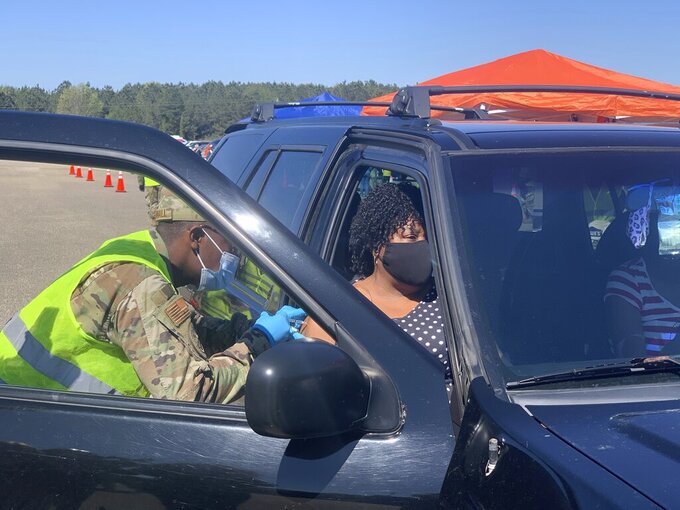 BIRMINGHAM, Ala. (AP) — Hospitalizations linked to COVID-19 have jumped about 20% in less than two weeks in Alabama, a trend that health officials said Tuesday they were monitoring but don't consider a sign of another coming crisis in the pandemic.

Statistics from the Alabama Department of Public Health showed 362 people were hospitalized Monday for the illness caused by the new coronavirus. Though up from the 301 patients just 10 days earlier, the total was still just a fraction of the 3,070 patients who pushed the state's intensive care wards to near capacity in mid-January.

The increase in cases is concerning but doesn't immediately threaten the state's health care system because the number of people being treated remains far below levels from earlier this year, said Dr. Don Williamson, chief executive of the Alabama Hospital Association.

Also, he said, a major spike in the number of severely ill patients isn't expected because more and more people are being vaccinated and increasing numbers of patients are young people, who tend to fare better than older patients with health complications.

“It’s nothing dramatic, but it’s something we need to be aware is happening," said Williamson, who previously served as state health officer. Over the past two weeks, the rolling average number of daily new cases has gone up by 163, an increase of about 50%, according to researchers at Johns Hopkins University.

Dr. Scott Harris, who followed Williamson at Public Health, said officials were monitoring the increase in hospitalizations but aren't yet sure of the cause. The bump follows spring break, Easter gatherings and the end of the state's mandatory face mask rule on April 9, any of which could be a factor.

“The uptick in hospitalizations is just a reminder that our most vulnerable people still need to be cautious,” he told The Associated Press.

More than 522,000 people have tested positive for COVID-19 in Alabama since the beginning of the pandemic, and nearly 10,800 have died. While about 1.4 million in the state have received at least one dose of vaccine, Alabama is last nationally in its rate of immunizing people.

Vaccine is more plentiful than ever, Williamson said, but multiple hospitals statewide had immunization appointments available last week “and no one was showing up to get the vaccines.”

“In a significant number of our hospitals the demand is down,” he said. It's unclear whether the demand at hospitals was low because shots were available elsewhere or because large numbers of people are refusing to be vaccinated, Williamson said.

"It’s a whole lot easier to get a shot than being on a ventilator with COVID,” Ivey said when asked what she would say to people hesitant to get the vaccine.

AP writer Kim Chandler in Montgomery contributed to this report.