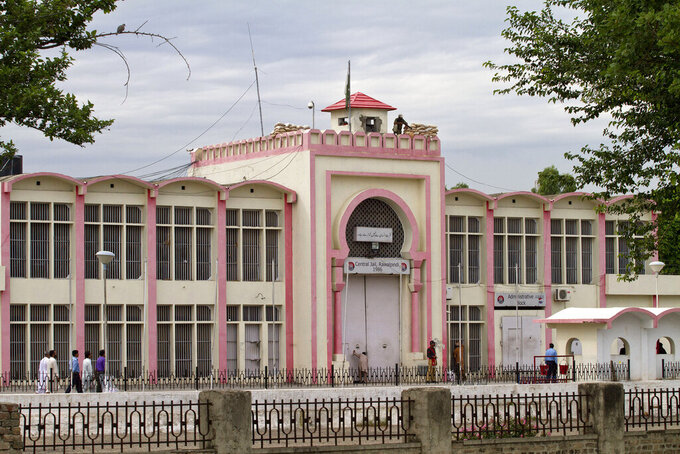 Instead of following through on promises to ease prison overcrowding made when the pandemic first hit, Pakistan's government has actually increased its inmate population by over 6,000 between April and August, from 73,242 to 79,603. Some of the few who were freed were later rearrested.

The joint report by London-based Amnesty International and Justice Project Pakistan said inmates face a growing risk of infection, and called for renewed efforts to free certain prisoners, particularly the elderly, women and “prisoners of conscience.”

“As Pakistan braves the second wave of COVID-19, prisoners remain dangerously exposed as the authorities not only failed to reduce overcrowding, they actually worsened it,” said Rimmel Mohydin, South Asia regional campaigner for Amnesty International.

In the first weeks of the outbreak in February, the Islamabad High Court ordered the release of pretrial inmates charged with nonviolent crimes as well as those whose bail had previously been denied. In the southern Sindh province, 519 prisoners were to be released on bail.

But in late March, the Supreme Court suspended all bail orders that were granted because of the virus.

“The Supreme Court’s decision checked the countrywide momentum to reduce prison populations and even led to the rearrest of prisoners,” said the report.

Even when the Supreme Court did allow certain prisoners to be freed because of age or time served, they were never released, said Sarah Belal, Justice Project Pakistan’s executive director.

Also still behind bars are the women prisoners whom Prime Minister Imran Khan ordered freed if they met certain criteria, such as those on trial or convicted of minor crimes, Belal said.

There was no immediate comment from Khan's government on the 37-page report.

The country’s prison system was already dangerously overcrowded before the pandemic. Built to accommodate less than 58,000 people, it routinely houses nearly 80,000 inmates, according to the World Prison Brief, delivered by the University of London’s Institute for Crime and Justice Policy Research.

Punjab province, the country's most populous, stopped reporting positive cases in jails in April, when it had registered just 86 cases. However, in response to a Right to Information Request, the report discovered that only 16,534 virus tests had been conducted over seven months in Punjab's jails, with 1,345 testing positive.

The report called for the immediate release of all “prisoners of conscience” but also asked the government to “strongly consider” releasing pretrial detainees.

The rights groups also want a review of a wide variety of prisoners, such as the elderly who have served most of their sentence, prisoners who are serving sentences for minor crimes and those with health issues, “including those with a weakened immune system, due to the exacerbated risks an infection with COVID-19 would bring to their health and lives."