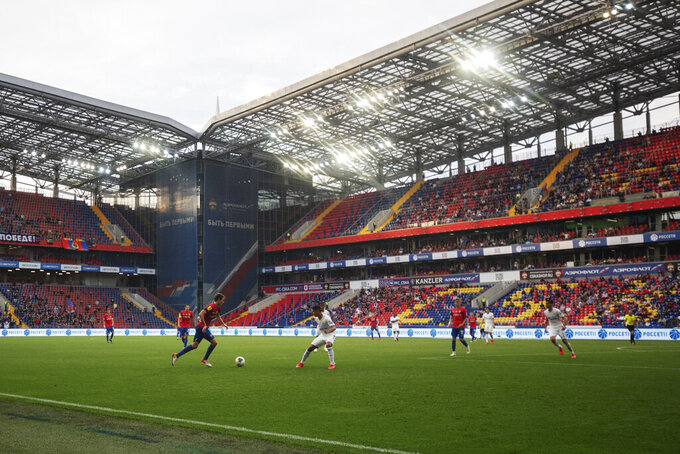 CSKA's Mario Fernandes, center left, controls the ball during the Russia Soccer Premier League soccer match between CSKA Moscow and Zenit St. Petersburg at CSKA Arena in Moscow, Russia, Saturday, June 20, 2020. The match is being played with a minimum spectators to curb the spread of COVID-19.(Denis Tyrin, PFC CSKA Pool photo via AP)

The Russian Football Union said the fine was for “discriminatory insults” during Zenit's 4-0 win at CSKA on Saturday. Russian media reported that the Brazilian, who played for Barcelona last season, was targeted by a small group of fans after scoring.

It was both teams' first game since the league resumed amid the coronavirus pandemic. A limited number of spectators were allowed in the stadium.

The fine was the lowest financial penalty allowed for discriminatory fan behavior under RFU regulations.