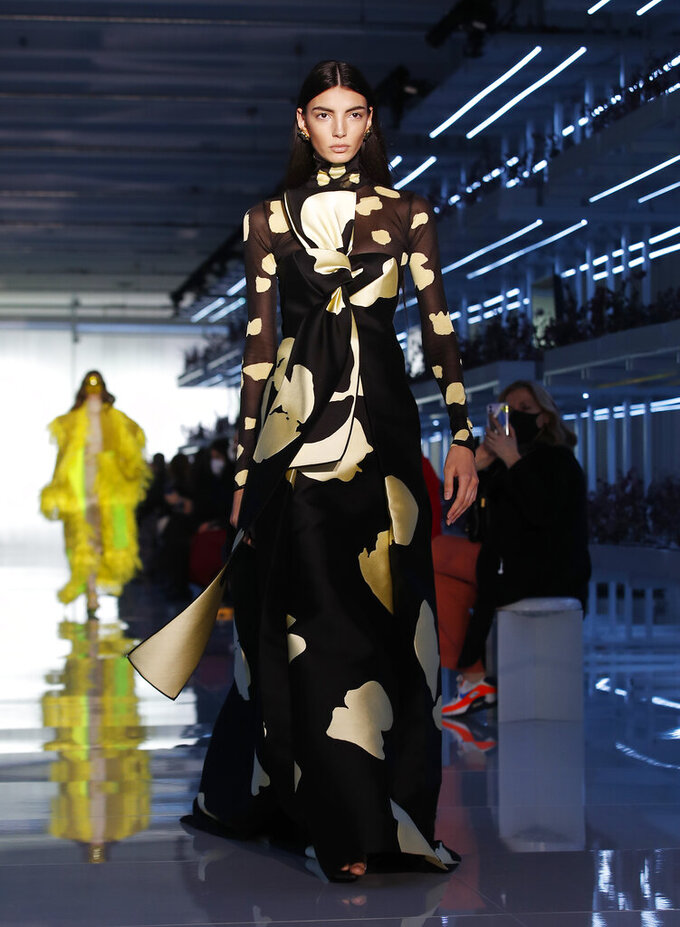 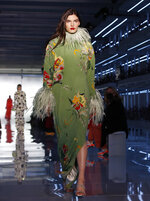 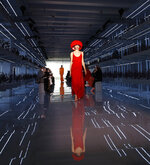 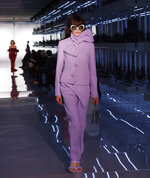 MILAN (AP) — It was a lockdown well-spent for Daniel Del Core.

The German designer chose the unlikely moment when the world was reeling from the coronavirus last spring and the luxury sector was experiencing its deepest profit drops ever to conceive a new brand, under the Italian surname he inherited from his immigrant grandfather.

And he defied yet another piece of conventional wisdom, launching Del Core with a live runway show during the otherwise digital Milan Fashion Week of womenswear previews for the next cold weather season. Just 40 invited guests were socially distanced in the basement of Milan’s city archives, boxes of files replaced by trays of plants: the seed of a new collection that is taking root.

Rapid COVID tests were offered at the entrance, in full awareness that the pandemic prevails and that live events are the exception, not the rule.

For anyone immersed in the new fashion ritual of zoom previews and interviews, a real live runway show was a reminder of what has been mostly missing -- energy, the swish of textiles, the gasp of novelty -- since local transmission of the virus was first detected outside of Asia near Milan just over one year ago, during runway previews for Fall-Winter 2020-21.

Del Core tapped his experience as Gucci events designer, focused on one-off creations for VIPs and red-carpet stars, and his love of nature for the launch of his “Collection 0” that was strong on sculptural drama and looks that demand notice.

Would-be tuxedo tails were slightly off kilter, the tail creating asymmetrical line down the side of jackets. Feather-heeled sandals peeped from beneath trousers. Belted, the jacket became a minidress, worn with lace fishnet stockings. Strappy tops were laced up the side, worn over miniskirts. The oversized bow of a suit jacket tied prettily next to the cheek. The ready-to-wear palate was rigorously monotone, in strong shades including tangerine, lavender, teal and black.

The mood grew increasingly intense with evening wear, with sculptural details including a velvet bubble ruffle on an off-shoulder dress, giant ruffled and bell-shaped sleeves like a mushroom on a crystal-encrusted dress. Accordion pleats created a cape-like effect on a tightly fitted dress, layered with lace. Circular pleated fans bloomed from the bodice of a pleated number like so many lily pads.

“A merging of human savoir-faire and the splendor of mother nature ignites the re-emergence into the natural through the deftly man-made, in luscious fabrications of silk, wool, taffetas, brocade, jacquard and fil coupe,’’ the collection notes said.

Seemingly stunned by what he had accomplished, the 32-year-old designer was too emotional to do more than exchange greetings back stage, and wipe back tears.

“Beauty is not static,” his collection notes conclude.