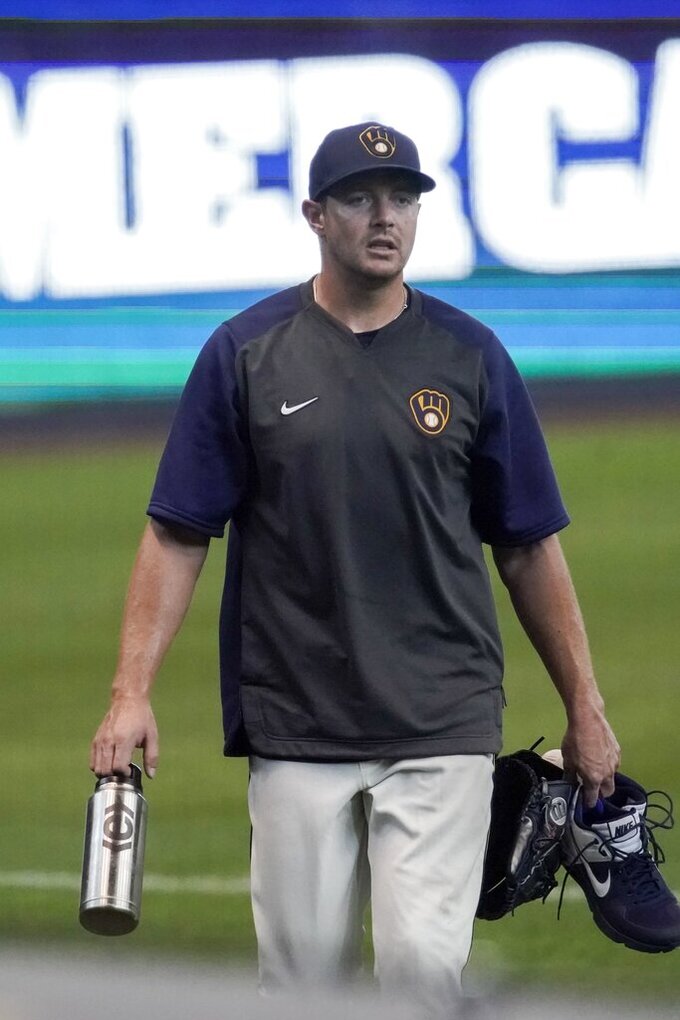 MILWAUKEE (AP) — Milwaukee Brewers reliever Corey Knebel believes the pandemic-imposed hiatus will enable him to be ready for the start of the season as he returns from Tommy John surgery.

“I’m feeling very confident that I’ll be ready to go,” Knebel said after throwing an inning of scoreless relief in a Friday afternoon scrimmage.

Knebel didn’t pitch at all last year after tearing the ulnar collateral ligament in his right elbow during spring training, an injury that required him to undergo surgery in April 2019. Knebel said that if the 2020 season had started on time, he probably wouldn’t have been able to join the active roster until June.

The delay to the start of the season now means the 28-year-old right-hander shouldn’t miss any more time.

“I want to say all of April was going to be rehab outings, and the plan was to join the team around June 4 or June 5,” Knebel said.

The Brewers are now scheduled to open on July 24. Knebel said the delayed start to the season gave him “a lot of time to get ready to go and do what I’ve had to do.’’

Brewers manager Craig Counsell agreed that Knebel should be on the season-opening active roster while noting that the team will remain cautious with him.

“We just need to build a base underneath him that allows him to recover as best as he can as we go into the season,” Counsell said.

The return of Knebel should provide a major boost for the Brewers, particularly with this year’s compressed schedule magnifying the importance of bullpens.

Knebel made the NL All-Star team and posted a 1.78 ERA with 39 saves in 76 appearances in 2017. He pitched 57 games and had a 3.58 ERA in 2018 while teaming up with Josh Hader to form a fearsome relief tandem as the Brewers reached the National League Championship Series and were a win away from the World Series.

Knebel struck out 214 in 131 1/3 innings during that two-year stretch. Milwaukee’s bullpen wasn’t quite as effective without him last year.

Having both Hader and Knebel as part of a deep bullpen could make it tough for anyone to come from behind against the Brewers in the late innings this season.

“Those two guys, they’re different animals,” pitching coach Chris Hook said. “I’ve said this before. It’s an uncomfortable at-bat (against them). Those guys give you a different look that you don’t normally see. Of course, the stuff piled on top of that makes it very difficult for a hitter.”

Knebel said he was throwing pretty much 92-94 mph Friday after hitting the upper 90s before his injury, but he believes the velocity will come around as he continues his comeback.

“I’m right where I need to be right now, just trying to throw and get comfortable with it all,” Knebel said.