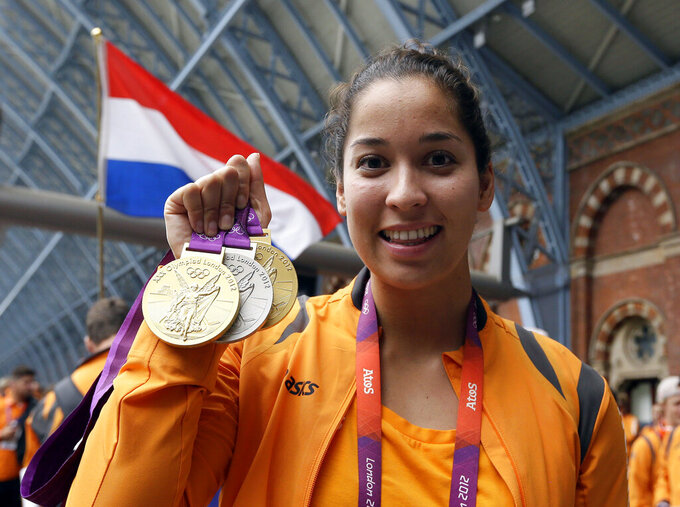 FILE - Swimmer Ranomi Kromowidjojo of the Netherlands displays her two gold and one silver medals as she waits for a train, at St Pancras station, after the 2012 Summer Olympics, in London, Aug. 13, 2012. Three-time Olympic champion swimmer Ranomi Kromowidjojo announced her retirement Thursday Jan. 27, 2022, bringing to an end a career that saw her compete at four Summer Games. (AP Photo/Kirsty Wigglesworth, File)

THE HAGUE, Netherlands (AP) — Three-time Olympic champion swimmer Ranomi Kromowidjojo of the Netherlands announced her retirement Thursday, bringing to an end a career that saw her compete at four Summer Games and win multiple world titles.

“After 16 years of top sport my professional swimming career is complete,” the 31-year-old Kromowidjojo said in a message on Instagram.

Four years later in London, she won both the 50- and 100-meter individual freestyle titles.

“Swimming will always be my passion, but no longer at a professional level,” she said.