Falcons looking to get creative as they face major overhaul 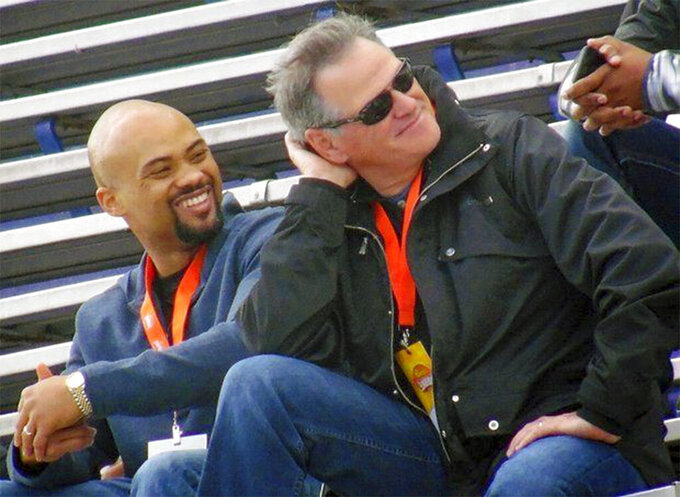 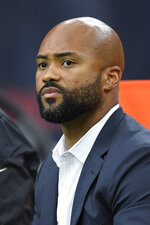 ATLANTA (AP) — Taking over a team that has endured three straight losing seasons, the Atlanta Falcons' new regime is understandably reluctant to warn of more misery as they attempt to sort out major salary cap issues.

Yet it's clear that incoming general manager Terry Fontenot and rookie coach Arthur Smith are prepping for a big overhaul.

Fontenot said Tuesday that the Falcons, coming off a miserable 4-12 season, will have to be creative in how they build the roster for 2021.

“We'll make decisions that help the team win this year, but we've also got to think of future years — 2022, 2023 — so there's a balance to it," he said. “We want to be as competitive as possible now, while also keeping the future in mind.”

Fontenot and Smith inherited a huge headache with the salary cap, which already forced the team to cut starting safety Riccardo Allen and will undoubtedly lead to more painful decisions.

According to overthecap.com, the Falcons are still more than $20 million over the projected 2021 cap of $180 million. While the final numbers won't be sorted out until next month, the cap appears headed for its biggest drop ever — perhaps some $18 million — because of the financial hit caused by the coronavirus pandemic.

The cap could rise a but, but no matter how it all pans out, the Falcons are sure to be in a cost-cutting mode. Fontenot said as much when he talked about his plans for constructing a roster that has only one quarterback, Matt Ryan, and more than two dozen spots to fill.

“We have to make some hard decisions on players that are on this roster," the GM said. “We have to go find players. We can't just build this roster with overpaid players from free agency and top draft picks. We have to really dig and find value in free agency.”

The Falcons have spent the last few years doling out huge contracts to key players, most notably Ryan and receiver Julio Jones.

Ryan, the Falcons' starting QB since 2008, is coming off another productive season, but he'll turn 36 in May and his cap hit for this season ($40.9 million) is a huge roadblock when it comes to addressing other needs.

Then there's Jones, who has the second-highest cap hit on the team ( $23.05 million). At 32, he is coming off an injury-plagued season in which he played only nine games, raising serious questions about his future with the team.

Taking the same line as Fontenot, Smith tiptoed around the perception that wins will be hard to come by in the short term.

“It's a year-to-year build," the new coach said. “It's a challenge every year. Things change. You never just run (the same players) back out there. There's constant team building.”

The Falcons hold the No. 4 pick in the NFL draft, which will likely signal what path the team is taking in its overhaul. With three quarterbacks — Trevor Lawrence, Zach Wilson and Justin Fields — expected to go early, the Falcons could stay where they are and start the process of grooming Ryan's successor.

Or they could trade down to acquire additional draft picks, which would give the Falcons a chance to address myriad needs on their depleted roster.

“Some really good players will be there at four," Fontenot said. “There's a lot of different scenarios to go through. It's a prime spot to be in. It's not a spot we want to be in very often, but we've got to take advantage of it and be open to all possibilities.”

Fontenot seemed to indicate he's not looking to use the No. 4 pick on a QB.

“We want to utilize all avenues, whether it's free agency or at any point in the draft or even after draft," he said. "I've been in places where we traded for quarterbacks. You're always looking to bring in quarterbacks.”

One person in the organization is putting in especially long hours. Chris Olsen, the new director of football administration, is charged with getting the team under the salary cap.

It's a daunting task.

“He was all clean-shaven when he got here. But every day, his beard gets a little longer," Fontenot joked. “Whether I'm getting into the office or leaving the office, his light is on. He's working hard."

Fontenot had made it clear what he expects.

“We have to look at what is best for the big picture," the GM said. "It's not just about getting under the cap. It's about making good decisions. It's a challenge for all of us.”