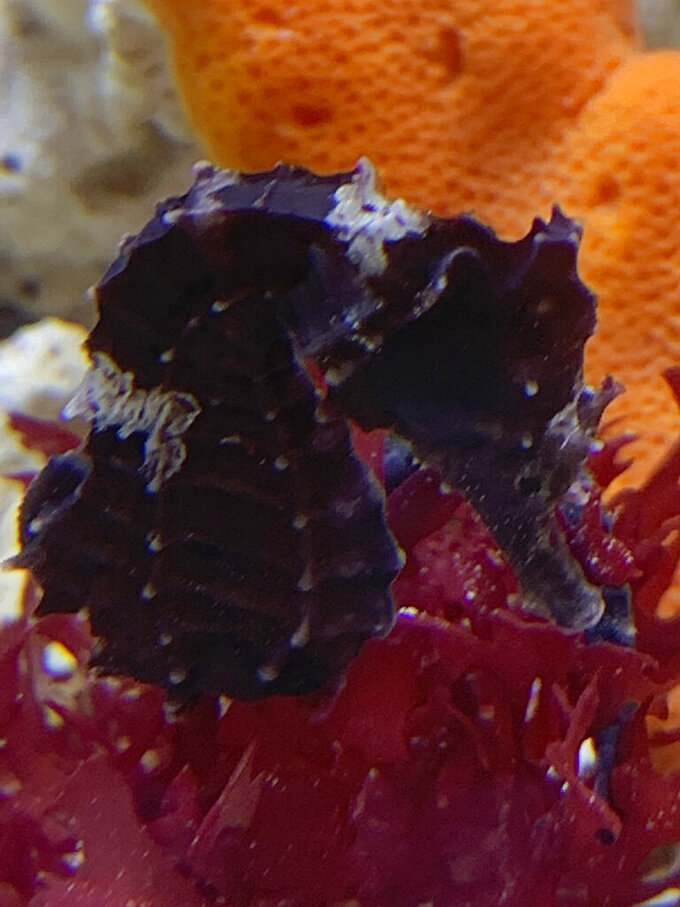 Louie, a black and silver seahorse, swims in Carol Benge's home aquarium, Monday, Nov. 16, 2020 in Chiefland, Fla. In September, Benge noticed that the seahorse was having trouble swimming. She took him to the University of Florida veterinary school where they diagnosed the problem. He was put in a hyperbaric chamber, and with one treatment, Louie was cured. (Carol Benge via AP) 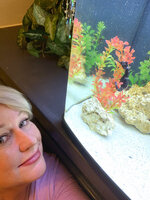 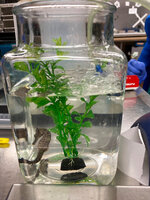 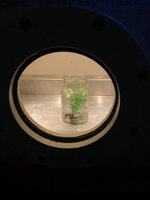 ST. PETERSBURG, Fla. (AP) — In February, Carol Benge of Chiefland, Florida, purchased a seahorse for her home aquarium as a reward for marking five years cancer-free.

She named the little black-and-silver fish Louie. As the coronavirus pandemic swept the nation, Benge, a schoolteacher, relaxed whenever she watched the 3-inch (7.6-centimeter) creature float around the tank and fed him tiny brine shrimp.

In September, Louie seemed to have trouble swimming. He moved horizontally and appeared listless. Even more troubling were the small, pearl-like bubbles clustered on his tail. Benge had done a lot of research on seahorses and suspected he had something called gas bubble disease, similar to a human scuba diver getting the bends from surfacing too quickly.

She knew she had to act quickly and worried that she had failed the creature.

“I wanted to save my little friend. He eats out of my hand. He’s a precious little thing. If I bring him into my home he’s part of my family,” she said.

First, she called her local veterinarian's office. The receptionist thought Benge owned a dog or a cat named Seahorse. Once that misunderstanding was cleared, Benge's vet office said they did not have the knowledge to help Louie.

Benge felt like 2020 was too difficult of a year to cope with the possibility of her fish dying so she made the decision to put Louie in a temporary tank and drive him an hour to the University of Florida College of Veterinary Medicine.

There, the experts asked if they could do an experiment, at no cost to Benge: putting Louie in a hyperbaric chamber, just like a human diver suffering from the bends. The hyperbaric oxygen chamber at the school is normally used for wound care in mammals. Its first patient was a dog bitten by a rattlesnake in 2012.

Benge agreed. Because of the coronavirus, she was not allowed back to the treatment area with Louie, so she handed him over to Tatiana Weisbrod, a first-year resident with the hospital’s aquatic animal medicine program.

Weisbrod gently transferred Louie into a Pyrex glass container along with water and an aquatic plant Benge brought from his home tank. This was the first time the school had attempted to treat a fish in the tank and it was a gamble.

“We’re definitely on high alert when we’re dealing with fragile species,” said Weisbrod. “When he went into the chamber, he was pretty quiet and floating sideways. We did monitor him closely, to make sure he didn’t look agitated.”

For Louie, Weisbrod and the veterinary team used a treatment protocol devised by the U.S. Navy. They put Louie and the glass container inside the hyperbaric chamber and shut it tight.

“Pressure and time are used to shrink the volume and diameter of gas bubbles in the tissue and allow them to resorb into the animal,” Weisbrod said. “Then, the pressure is released in a slow, controlled manner to allow sufficient time for degassing without bubble re-formation.”

Gas bubble disease is common in aquariums, the UF veterinary team said. Seahorses are particularly vulnerable to the illness, although experts are not sure why.

But it appears the UF veterinarians have come up with a successful treatment, thanks to Louie as a test case.

“Immediately after taking him out, he seemed to be swimming around, more interactive,” said Weisbrod.

With one treatment, Louie was cured.

For the vets at the University of Florida, it means they can offer this treatment for professional and hobby fish owners. Few vets are equipped to treat gas bubble disease in this manner, never mind seahorses with the problem.

"Very little is published on successful treatment for this important disease, so every small success could lead to improved outcomes,” Weisbrod said.

For Benge, Louie's successful treatment meant something sweeter, especially in 2020. Louie made a full recovery and Benge has returned to hand feeding him brine shrimp.

“Some people would say it’s a fairly insignificant life, but if there’s one thing you can do to add something positive to the world, why not do it?” she said.