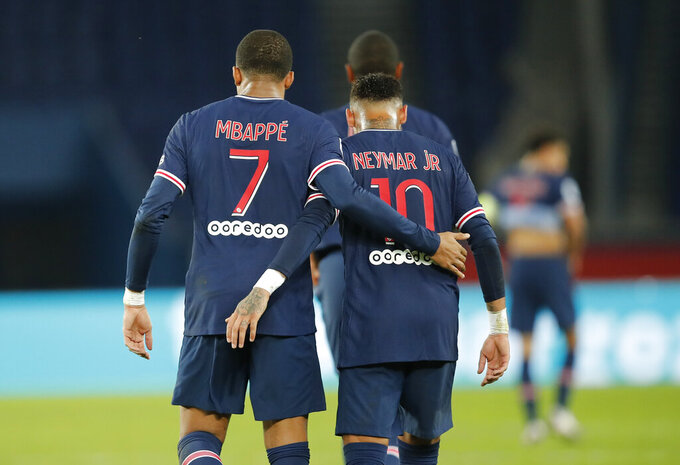 The French league said Thursday it refused a request from Mediapro to delay instalments just months into a four-season pay TV contract.

The league said its priority is “to ensure payment to clubs by the deadline date of October 17.”

Spain-based Mediapro is due to pay a reported 172 million euros ($202 million) in October.

The contract is worth 780 million euros ($917 million) per season to show games from the top division, and 34 million euros for the second tier, on the subscription service Téléfoot.

Schedules were disrupted during the soccer shutdown that started in March, and UEFA's competitions were completed in August with fewer games in the knockout rounds.