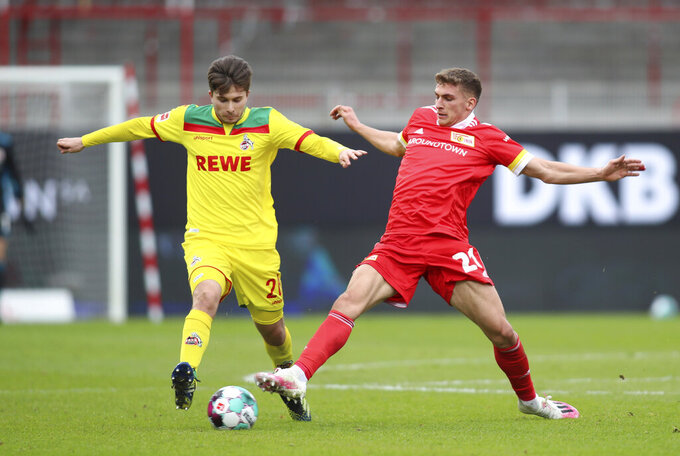 The club said it made the decision after speaking with local health authorities following the positive test of the unnamed member of staff on Tuesday. Players will work on their fitness at home.

Cologne said all players and staff were negative in tests conducted Wednesday with rapid testing kits. However, the club said it will only resume training after it gets negative results from tests using the more sensitive and time-consuming polymerase chain reaction test. Those PCR tests are planned for Thursday.

Cologne is scheduled to host Borussia Dortmund on Saturday in a game which could be significant for both teams this season. Cologne could fall into the relegation zone with a loss, while a win could put Dortmund back into the Champions League places.