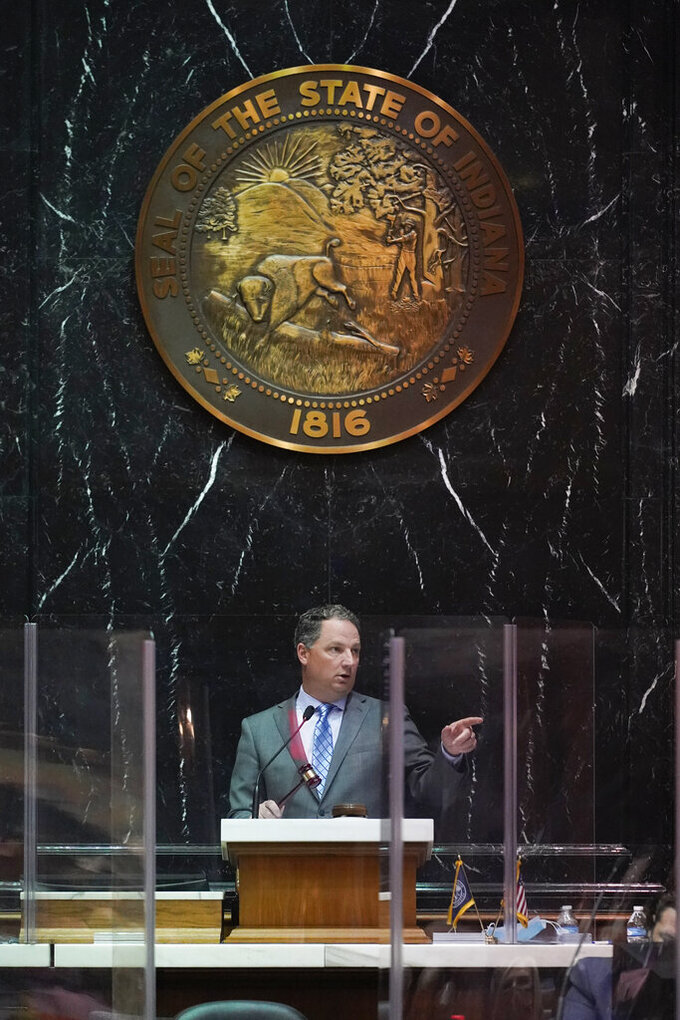 A look at some highlights of the legislation:

The plan increases base K-12 school funding by of 4.6% in the budget’s first year and 4.3% in the second, adding about $1 billion to total two-year funding of $16 billion. Legislative leaders said the budget plan will cover the $600 million a year in additional money the governor’s teacher compensation commission found was needed to significantly boost Indiana’s lagging teacher pay in comparison to nearby states. The bill directs school districts to submit explanations to the state if they aren’t able to set a minimum teacher pay of $40,000 a year. The state is also directing $150 million toward grants for schools to help students make up learning loss caused by COVID-19 closures.

Eligibility expansion of the state’s private school voucher program could add some 12,000 students, or about one-third, to a projected total of 48,000 students over the next two years, according to a legislative report. The program’s cost could grow by about 50% to $264 million a year. Income eligibility for a family of four goes from the current roughly $96,000 a year to about $145,000 starting this fall. It also would allow all those students to receive the full voucher amount, rather than the current tiered system that limits full vouchers to such families with incomes of about $48,000.

The budget directs $500 million of federal relief money toward a regional economic development grants program under which groups of counties are encouraged to propose projects benefitting their areas. Other spending includes $250 million for broadband internet expansion grants and $160 million for water infrastructure grants.

Legislators restored a 7% funding cut to the state’s public universities that was ordered last spring by Gov. Eric Holcomb when tax collections plunged during the early months of the coronavirus pandemic. Higher education funding is then increased by 2%, or $27 million, in the budget’s second year.

Federal funding is creating a $550 million fund for possible state construction projects, including a new state archives building, a new campus for the state’s blind and deaf schools, new inns at the Potato Creek and Prophetstown state parks and a new state police post and laboratory in Evansville. The plan sets aside $900 million of federal money for unspecified future state construction projects, along with $60 million for the state’s recreational trails construction program. Projects from state funding include $400 million for reconstruction of the Westville prison in northwestern Indiana and $50 million to replace the swine bar at the Indiana State Fairgrounds with an enclose building for year-round events.

The bill sends $500 million of the federal money into the state’s unemployment insurance trust fund that was drained by the explosion in jobless benefit payments during the past year. Other uses of the federal relief spending include $436 million toward the expansion of the South Shore commuter rail line in northwestern Indiana and about $300 million in early payoffs of state construction debts. Lawmakers directed $600 million in state money toward future teacher pension obligations.