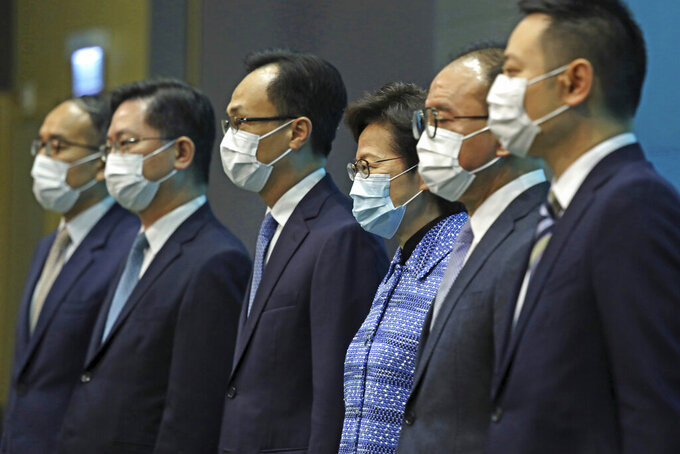 The reshuffle, approved by the central Chinese government in Beijing and announced by China's State Council, came on recommendations by Hong Kong's leader, Carrie Lam.

“I have started to map out the strategies for rebooting Hong Kong after the pandemic,” Lam said at a news conference, referring to the coronavirus. “A major goal of this reshuffle is to help Hong Kong to get out of this difficult situation as soon as possible.”

Hong Kong, a semi-autonomous Chinese territory, has confirmed 1,030 cases of the coronavirus, including four deaths. On Tuesday, it announced a second two-week extension on measures that include a ban on public gatherings of more than four people and the shutting down of entertainment venues.

Based on the new appointments, Director of Immigration Eric Tsang will replace Secretary for Constitutional and Mainland Affairs Patrick Nip.

The reshuffle comes after Nip publicly apologized on Monday for conflicting statements by the government on the status and powers of Beijing’s liaison office in Hong Kong,

Nip remains in Lam’s Cabinet, taking over as secretary for the civil service from Joshua Law. Lam said the Cabinet reshuffle was unrelated to Nip’s public apology.

The undersecretary for labor and welfare, Caspar Tsui, will now be secretary for home affairs, replacing Lau Kong-wah.