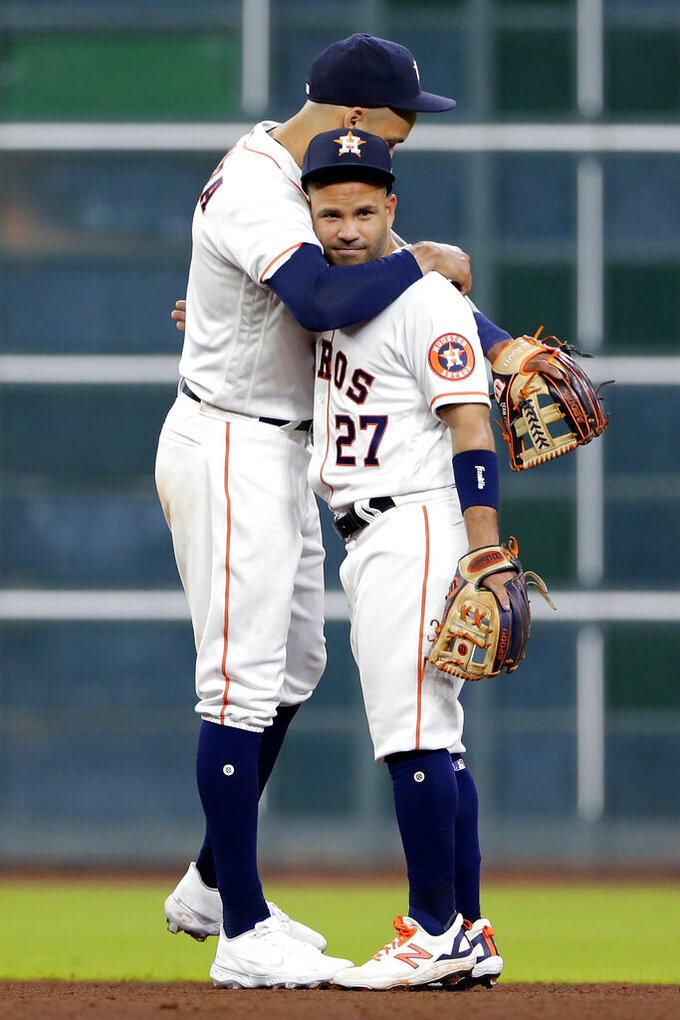 HOUSTON (AP) — Houston second baseman Jose Altuve said Saturday that he tested positive for COVID-19 but he never felt bad and hopes to return to the lineup soon.

“I felt really good all the way through, and I feel really good right now,” he said. “And I’m happy to be back here.”

The 2017 AL MVP was among five Astros who were placed on the COVID-19 list on April 14. The four other players returned to the roster within a few days, but Altuve remained on the list until Friday.

Altuve still hasn’t been added to the active roster, and it’s unclear how much time he’ll need before that happens.

Altuve said Saturday that he received the first dose of one of the two-dose COVID-19 vaccines before testing positive, and that he has no idea how he contracted the virus.

“It doesn’t matter if you got the vaccine or not, it’s not good to find out you were tested positive,” he said. “Nobody wants to get that. And on top of that, you have to stay away from the team for 10 days. So I was just ready for those 10 days to be over and to be able to get back to the field and play.”

Altuve is off to a strong start in 2021 after a down year in last season’s pandemic-shortened campaign. He is hitting .318 with one homer, three doubles and five RBIs in 11 games. He can’t wait to get back in the lineup after his extended absence.

“It’s been very difficult just to watch the guys play on TV and not be able to be there with them like I normally do,” he said.

He was able to do cardio and weight training while away from the team and is now working on baseball activities as he nears his return.

“I think the running is the most important for me, and then swinging," he said. “If I feel good running and swinging then I can go out there and play a game."