How to watch the 2022 Winter Olympics opening ceremony 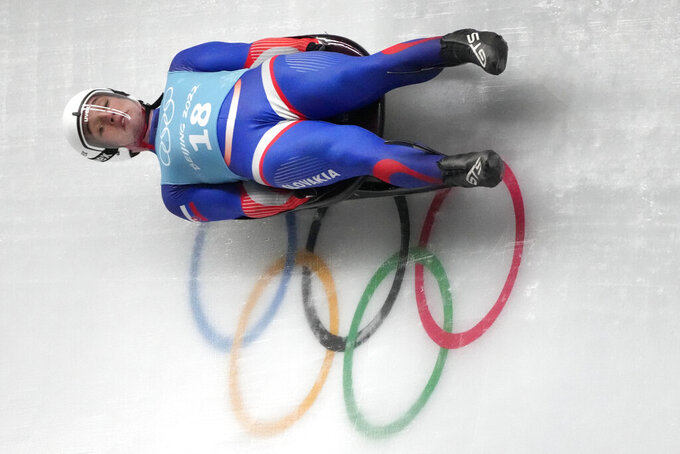 Marian Skupek of Slovakia speeds past the Olympic rings during a men's luge training run at the 2022 Winter Olympics, Wednesday, Feb. 2, 2022, in the Yanqing district of Beijing. (AP Photo/Mark Schiefelbein)

BEIJING (AP) — Instead of waiting until prime time, Olympic fans in the United States will be able to watch the opening ceremony of the Beijing Games on Friday with their morning cup of coffee.

The ceremony, which officially opens the Winter Games even though some events already have started, is scheduled to begin at 8 p.m. in China. With the 13-hour time difference to the East Coast of the United States, that's 7 a.m. for some of the country.

NBC, the network with the rights to broadcast the Olympics, will show the opening ceremony live, starting its show at 6:30 a.m. Friday.

Overall, the network plans to show more than 2,800 hours of coverage across its channels and platforms. Those include NBC, USA, CNBC, NBCOlympics.com and the streaming app Peacock.

According to the network, this year's Olympics will be the first to include coverage of all events both live and on demand.

Several sports, including hockey and figure skating, started before the opening ceremony began, but no medals will be awarded until Saturday, the first full day of competition.

There will be six gold medals awarded on that first day, including in men's moguls and the mixed team relay in short track speedskating. The marquee men's downhill in skiing is set for Sunday, while Mikaela Shiffrin will go for her first gold on Monday in the women's giant slalom.

Shiffrin won the giant slalom at the 2018 Pyeongchang Olympics.

The first gold medal in figure skating, in the team event, will be awarded Monday. The women's competition won't finish until Feb. 17, while men's event will be decided on Thursday.

The closing ceremony will be on Feb. 20.