Jose Abreu tests positive for virus; Miller says he had it 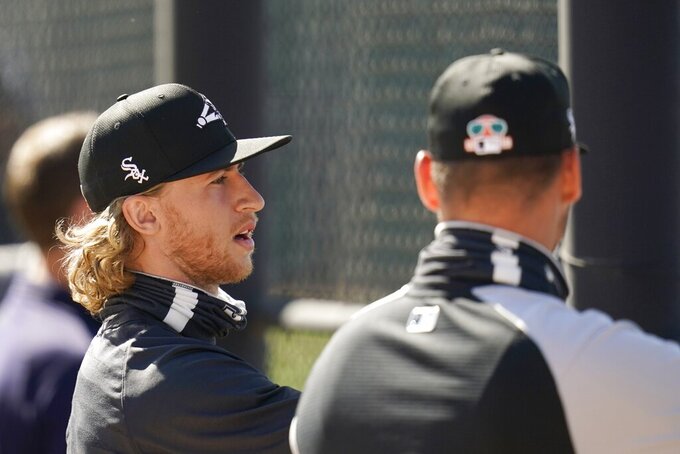 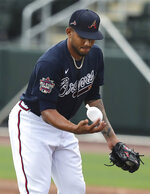 American League MVP José Abreu tested positive for COVID-19 and will spend a few days away from the Chicago White Sox, while Cardinals reliever Andrew Miller told a St. Louis newspaper he tested positive 10 days before reporting to camp.

White Sox general manager Rick Hahn said Wednesday in a statement that Abreu is “completely asymptomatic.” Hahn said testing also showed the presence of COVID-19 antibodies, and the Cuban slugger believes he had a mild case of the virus in January.

Manager Tony La Russa said Abreu will likely join the team by Monday and perhaps as soon as Friday.

Miller, meanwhile, told the St. Louis Post-Dispatch the only symptom he had was losing his sense of smell for a while and that he spent a week-plus quarantined in the guest room of his house.

Miller said he feels all right now and that no one in his family was affected.

“I think I got really lucky,” Miller said. “I don’t know how I got it. I don’t believe I passed it along to anybody in my family. My contacts were very limited but it sounds like everybody got through and I’m the only one I know that got it. I’m glad to get a clean bill of health.

“I do have some very minor fatigue, basically from being shut down. As much I would prefer not to have been infected with COVID, it’s over and done with and, in a sense, maybe one less thing to worry about since it appears I’ve come through the other side pretty good,” he said.

Miller was 1-1 with a 2.77 ERA in and four saves in 16 appearances in the pandemic-shortened 2020 season. He made one appearance in the Cardinals’ wild-card series loss to the San Diego Padres.

In the first batch of results disclosed by the league last Friday, 13 positive tests were found among 4,336 samples.

Yankees pitcher Domingo Germán gave a public apology for actions that led to a lengthy suspension under Major League Baseball’s domestic violence policy, a day after he spoke with New York teammates and admitted he had engaged in dangerous conduct.

Speaking softly and dabbing his eyes at times, Germán said through a translator he wanted “to sincerely apologize to the Steinbrenner family, my teammates, the front office and those around me who love me. I have made mistakes of which I’m not proud of.”

The 28-year-old has been welcomed by teammates but also faced wariness as he attempts to regain a place in the starting rotation.

“He messed up in life,” first baseman Luke Voit said. “I don’t know the things he did. You always get a second chance at this. We have his back. But he’s skating on thin ice, and he needs to get his life together. And I think he’s doing the right steps to do so. But, again, he’s got to prove to us that he can do that.”

Germán was placed on administrative leave on Sept. 19, 2019 while MLB investigated an alleged domestic violence incident involving his girlfriend, with whom he has at least one child.

Max Scherzer held his first extended bullpen session off a mound Wednesday after being held back in spring training because of an injured left ankle, throwing 40 pitches at “about 80-85%,” according to Washington Nationals manager Dave Martinez.

“No complaints. No issues,” Martinez said. “We’ll see how he feels tomorrow, go from there.”

Martinez said Scherzer’s ankle “didn’t bother him at all.”

The three-time Cy Young Award winner hurt himself while running a couple of weeks before Washington’s camp opened in West Palm Beach, Florida.

La Russa says AL Rookie of the Year runner-up Luis Robert is so talented he’s a “six-tool player.” Actually, credit for that description goes to Hall of Famer Frank Thomas.

“I saw Frank Thomas this offseason, and he told me, ‘You’ve heard of a five-tool player?’ I said, ‘Sure.’ He says, ‘Luis is a six-tool player.’

“I’m watching him,” La Russa added. “I can see. He’s got another gear or a level that he goes to.”

Robert made a big impression last season with 11 home runs and 31 RBIs during the pandemic-shortened season. The center fielder from Cuba won a Gold Glove and finished second in the Rookie of the Year voting behind Seattle’s Kyle Lewis.

Kohei Arihara is still adjusting to the slicker MLB baseball and the dry climate in Arizona spring training after the past six seasons pitching in Japan’s Pacific League. The new Texas Rangers right-hander, signed to a $6.2 million, two-year contract in December, has now had his first taste of facing some big league hitters, and it was a good start for him.

Arihara said he threw 23 pitches during a live BP session Wednesday. The 28-year-old pitcher threw a variety of pitches, including a few high fastballs for strikes.

“It was a fresh feeling, like the start of a new year, so it felt good,” Arihara said through his translator after the session on a backfield in Surprise, Arizona.

The San Diego Padres, who ended a 13-year playoff drought in 2020, will play their spring debut Sunday against Seattle in front of a few thousand fans at Peoria Stadium. It will be the first time since last spring training that they played in front of fans.

“That was something that was talked about a lot last year, was how electric Petco Park would be if there were fans last year during the course of the Slam Diego run, the winning streaks and the playoff berth and all that stuff,” first baseman Eric Hosmer said.

“I think if there’s any team that’s excited to see some fans, it’s definitely us.”