Kemp to end Georgia health emergency but keep some powers 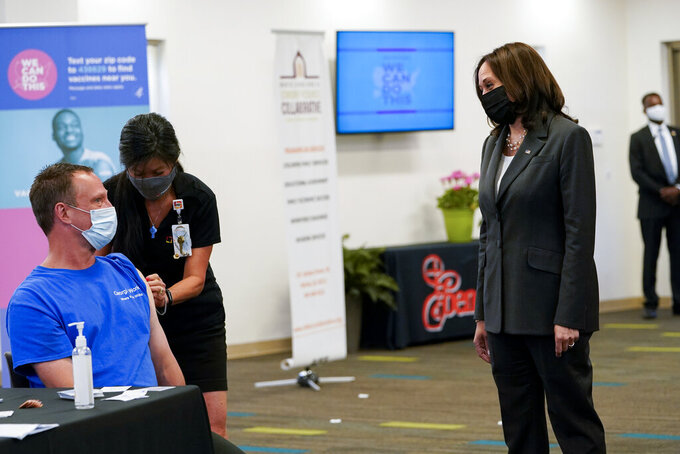 ATLANTA (AP) — Georgia's governor says he will end the state's public health state of emergency on July 1, more than 15 months after he initially declared it because of the coronavirus pandemic.

Republican Brian Kemp made the announcement Tuesday, signing a fresh extension of the extraordinary powers granted to him by lawmakers that will expire at 12 a.m. on July 1.

Kemp becomes the latest in a series of governors nationwide to wind down emergency powers. The move comes even as public health officials warn of the spread of the more infectious delta variant of the coronavirus that was first detected in India.

This was the first use of Georgia's public health emergency law. It grants Kemp sweeping powers to suspend laws and state regulations. He can use it to commandeer private property, take over hospitals, shut down schools, offer temporary housing and welfare payments, and take money directly from the state treasury without legislative authorization.

The governor says he will hold on to some extraordinary powers, saying he will issue a different kind of emergency order suspending state rules and regulations to help state agencies and businesses fully recover from the COVID-19 pandemic.

But Kemp has already lifted rules that restricted restaurants, health clubs and other businesses. He has also told schools they can't cite his order to require teachers and students to wear masks, although schools appear to still have the power to issue mask orders on their own.

Legislators initially debated requiring Kemp to return to them for approval to extend it when they first granted him the powers in March but decided to let Kemp renew the emergency every 30 days on his own. Tuesday's action was the 16th renewal.

Some lawmakers wanted to crimp those powers, but those bills didn't advance. A measure that would have broadened protections for gun owners and gun dealers during an emergency failed to pass on the last night of the 2021 session, although it will likely return next year.

Statewide, more than 1.1 million cases of COVID-19 have been detected by lab tests, meaning more than 1 in 10 Georgians has had the respiratory illness. More than 21,000 people with COVID-19 have died in Georgia. Cases have fallen sharply, though, with the state currently detecting about 400 cases a day, down from a peak of more than 9,500 cases a day in mid-January. About 15 deaths a day have been reported in recent weeks, down from more than 100 deaths a day in late January

More than 8.2 million doses of COVID-19 vaccines have been administered in Georgia, according to data from the U.S. Centers for Disease Control and Prevention, but Georgia remains one of the 10 worst states for vaccination per capita. State data show 4.4 million, or 42% of Georgia residents, have received at least one dose of a vaccine. About 3.8 million Georgians, or 37%, are fully vaccinated. Nationwide, 45% of people are fully vaccinated.