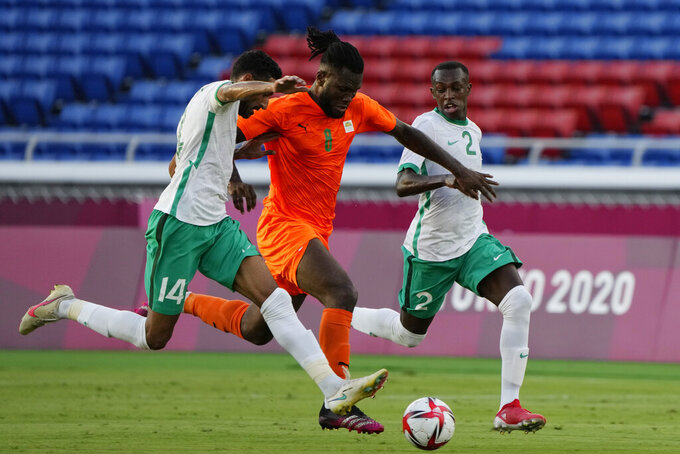 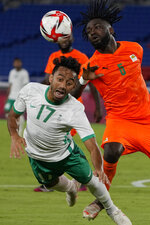 Ivory Coast was making its first Olympic appearance since the 2008 Beijing Games, when the team advanced to the knockout stage. Saudi Arabia hasn't been to an Olympics in soccer since 1996.

Ivory Coast went ahead 1-0 late in the first half after an own-goal from defender Abdulelah Alamri, but Saudi Arabia rebounded when Salem Aldawsari scored in the 44th minute.

Kessie, who plays for AC Milan, scored off a pass from Manchester United forward Amad Diallo.

The two teams are in a tough group at the Olympics with Brazil, the gold medalists from the 2016 Games, and Germany, the silver medalists who lost to the Brazilians on penalties at the Maracana Stadium.