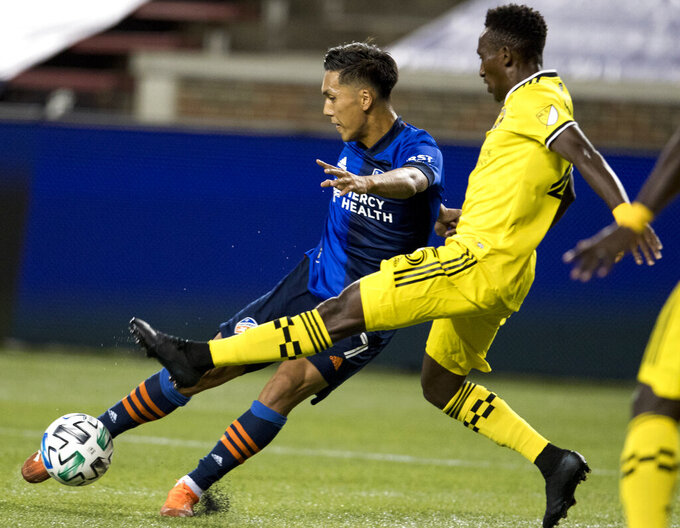 CINCINNATI (AP) — Yuya Kubo and Nick Hagglund scored, and FC Cincinnati beat the Columbus Crew 2-1 on Wednesday night for its first victory over its instate rival.

Cincinnati (4-10-4) snapped a five-match scoreless streak. Columbus (9-4-4) returned after Sunday's game against Orlando City was postponed because of a couple of confirmed COVID-19 cases. The Crew are winless in their last four games.

Kubo converted a penalty kick in the third minute. Hagglund, a Cincinnati native who played at Xavier, scored on a header off a set piece from Haris Medunjanin. It was Hagglund's first goal of the season.

Pedro Santos scored on a penalty kick for the Crew in the 45th minute.

The Crew have dominated the series, with a pair of lopsided victories this year, including a 3-0 win at MAPFRE Stadium in the last meeting Sept. 6. The teams played to a 0-0 draw at Nippert Stadium on Aug. 29.