The Latest: Biden says minds may change at impeachment trial 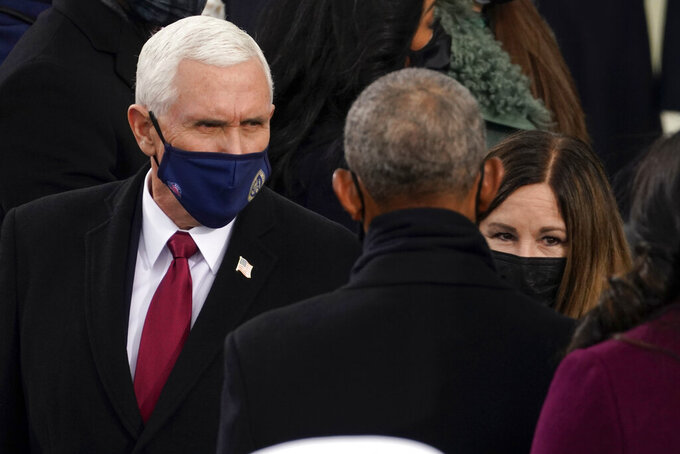 President Joe Biden says he believes “some minds may be changed” in former President Donald Trump’s impeachment trial after the display of searing, graphic videos of the assault on the U.S. Capitol.

Biden told reporters in the Oval Office on Thursday that he didn’t watch any of the previous day’s proceedings live but later saw news coverage. The Democratic House impeachment managers used security video as part of their case, and the violent images of the riot shook senators and TV viewers alike.

Biden has steadfastly refused to weigh in on the trial and again on Thursday said his focus was on fulfilling his campaign promise to battle the coronavirus pandemic. Biden says the nation has “to move on.” Aides have said Biden will address the proceedings after a verdict is reached.

The House is continuing its case Thursday. Trump’s lawyers are expected to launch their defense by week’s end.

Chilling security video of last month’s deadly insurrection at the U.S. Capitol has become a key exhibit in Donald Trump’s impeachment trial as lawmakers prosecuting the case wrap up their opening arguments for why Trump should be convicted of inciting the siege.

— Did someone say impeachment? Biden avoids wading into debate

— Trump can’t hang on to lawyers after false election claims