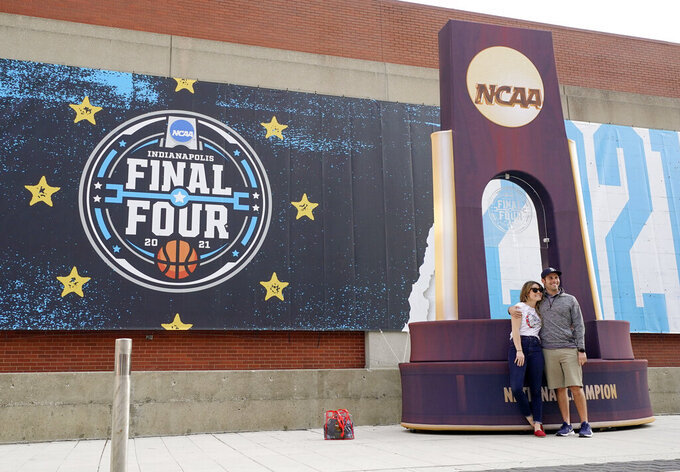 INDIANAPOLIS (AP) — The Latest on the national championship game between Baylor and Gonzaga (all times EDT):

Fans are beginning to trickle into Lucas Oil Stadium for the national championship game between Baylor and Gonzaga, the overall No. 1 seed of an NCAA Tournament that has been played entirely in Indianapolis and the surrounding area.

The teams were supposed to meet four months ago to the day in Indianapolis. But their highly anticipated showdown between teams ranked No. 1 and 2 in the country was canceled about two hours before tip, when an outbreak of COVID-19 within the Bulldogs program forced them to halt all team activities.

Fortunately, there have been no COVID-19 issues since an early positive test caused VCU to withdraw before the tournament began. And that leaves basketball fans with a matchup of two teams that spent the entire season ranked in the top three in the AP Top 25. The Bulldogs went wire-to-wire at No. 1 and Baylor was right behind all but a couple weeks.