The Latest: Nadal loses to Tsitsipas in 5 at Australian Open 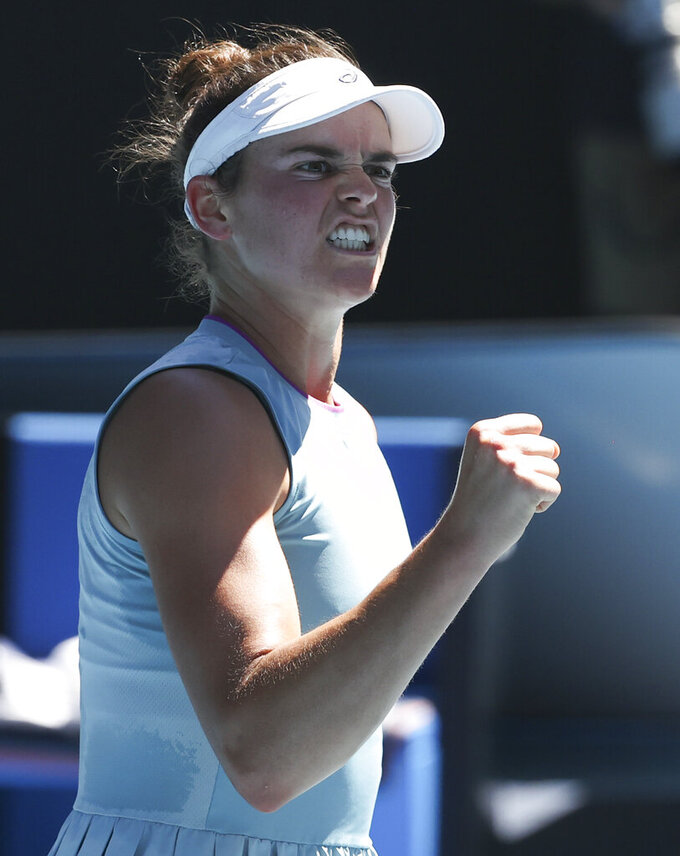 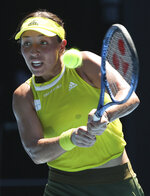 MELBOURNE, Australia (AP) — The Latest on Day 10 of the Australian Open (all times local):

Rafael Nadal’s bid for a men’s-record 21st Grand Slam title has ended with a five-set loss to Stefanos Tsitsipas in the Australian Open quarterfinals.

It is only the second time in Nadal’s career he has lost a Grand Slam match after taking the opening two sets.

He went ahead rather easily against Tsitsipas to run his streak of consecutive sets won at major tournaments to 35.

But a surprisingly poor tiebreaker by Nadal helped give the third set to Tsitsipas and begin the epic comeback.

Now the 22-year-old from Greece will try to reach his first major final by beating Daniil Medvedev on Friday.

Rafael Nadal’s bid for a record 21st Grand Slam title is in trouble.

He has been pushed to a fifth set by Stefanos Tsitsipas in the Australian Open quarterfinals.

Nadal took the first two sets fairly easily to run his streak of consecutive sets won at major tournaments to 35.

But Nadal made some mistakes in a third-set tiebreaker and dropped it.

Tsitsipas then took the fourth set, too.

Nadal only once has lost a Grand Slam match after taking the first two sets.

That happened at the 2015 U.S. Open against Fabio Fognini.

Rafael Nadal's Grand Slam set streak has ended at 35 after he dropped one against Stefanos Tsitsipas in the Australian Open quarterfinals.

Nadal took the first two sets of their match 6-3, 6-2, giving him 14 in a row at Melbourne Park, on top of the 21 straight he claimed while winning the championship at the French Open in October.

But Tsitsipas grabbed the third set in a tiebreaker with the help of some uncharacteristic mistakes by Nadal.

The 20-time Grand Slam champion flubbed two overheads in the tiebreaker and also framed a backhand. Nadal pushed another backhand long on the last point of that set.

Fans will be allowed back at the Australian Open after a five-day lockdown in Melbourne.

Australia’s second-largest city will relax its third lockdown at midnight Wednesday after authorities contained the spread of a COVID-19 cluster centered on hotel quarantine.

Tournament director Craig Tiley said the crowd will be capped at 7,477 — half the capacity of Rod Laver Arena — for each of the last four days of the tournament.

Crowds of up to 30,000 a day were allowed into Melbourne Park for the first five days of the tournament. Those were the first sizable crowds in 12 months at a major. The U.S. Open didn’t allow spectators because of the COVID-19 pandemic, and the French Open restricted numbers to fewer than 1,000. Wimbledon was canceled.

Tiley said, “We look forward to welcoming fans back ... for the next four days and to finishing the event safely and on a high.”

He described the atmosphere as “electric” in the first five days and “the players appreciated the opportunity to compete in front of crowds for the first time in almost a year, and many spoke about how emotional it was to connect with fans again."

The pair were teammates when Russia won the ATP Cup team event on the eve of the Australian Open. They were on opposite sides of the net on Wednesday, and Medvedev was dominant.

The No. 4-seeded Medvedev hasn’t dropped a set to No. 7-seeded Rublev in four tour-level matches. That includes their meeting in the U.S. Open quarterfinals last year.

He called for the trainer after the match to massage his upper legs as he sat in a courtside chair before a TV interview.

“First time. I think I never saw it also,” he said in the on-court interview. “I went to the bench, last game of the match. I started cramping. I knew he was cramping also. At the end, I locked completely ... three last points when I was getting ready for the serve.”

Medvedev is into the semifinals of a major for the third time. He will next play either 20-time major winner Rafael Nadal or No. 5-seeded Stefanos Tsitsipas.

There’s two Russian men in the semifinals. No. 114-ranked Aslan Karatsev will play top-ranked Novak Djokovic for a spot in the final.

The 22-year-old American posted on Twitter on Wednesday that she went to see the tournament doctor this week with “acute abdominal pain.”

She wrote that the doctor sent her to a hospital, where she was diagnosed with acute appendicitis after a medical scan and had surgery on Monday.

Kenin lost to Kaia Kanepi in straight sets in the second round of her title defense at the Australian Open last week.

Kenin then dropped her opening match at a lower-level WTA event held at the same site in Melbourne against Australian teenager Olivia Gadecki on Saturday.

Jennifer Brady has reached her second Grand Slam semifinal in a row by beating fellow American and good friend Jessica Pegula 4-6, 6-2, 6-1 at the Australian Open.

Brady’s opponent Thursday will be Karolina Muchova. The No. 25 seed rallied past No. 1 Ash Barty 1-6, 6-3, 6-2. The United States will have a semifinalist in the women’s draw at Melbourne for the 11th year in a row.

The No. 22-seeded Brady struggled at times and gave her racket an angry toss midway through the second set. The unseeded Pegula, who advanced beyond the third round at a major for the first time, appeared to tire down the stretch.

Brady is a former UCLA star. She reached her first major semifinal at the U.S. Open in September.

Top-ranked Ash Barty has been upset by No. 25-seeded Karolina Muchova in the quarterfinals at the Australian Open, 1-6, 6-3, 6-2.

Muchova earned her first semifinal berth in a Grand Slam, and her comeback win ended Barty’s bid to become the first Australian woman to win the title in Melbourne since Chris O’Neil in 1978.

Early in the second set, Muchova took an injury timeout that lasted nearly 10 minutes. She said her head was spinning, and medical personnel took her pulse and temperature before she left the court. When she returned, she played much better.

Muchova’s opponent Thursday will be the winner of the last quarterfinal, an all-American matchup between No. 22-seeded Jennifer Brady and unseeded Jessica Pegula.

Play is underway as the quarterfinals resume at the Australian Open, with the first match pitting top-seeded Ash Barty against No. 25 Karolina Muchova.

They'll be followed by an all-American matchup between Jennifer Brady and unseeded Jessica Pegula.