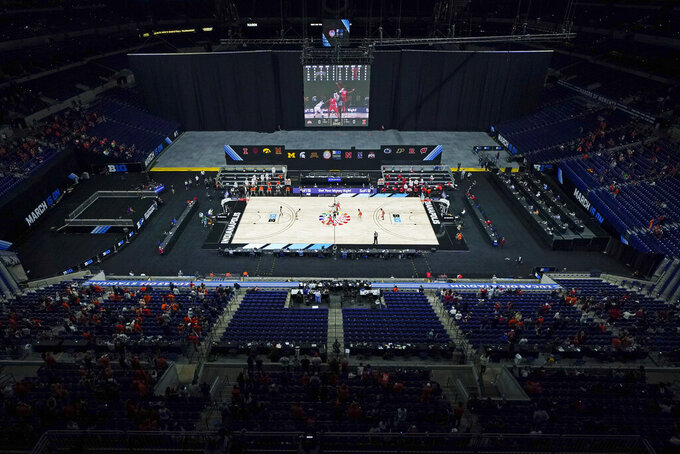 The Boston Bruins are resuming practice since having two games postponed resulting from five players being placed in the NHL’s COVID-19 protocol.

The team announced it will practice Wednesday night, a day before the Bruins are still scheduled to host the New York Islanders. The development comes after David Krejci, David Pastrnak and Craig Smith were cleared after spending five days in the protocol.

Jake DeBrusk and Sean Kuraly remain on the list for a seventh consecutive day.

Minnesota forward Zach Parise entered the protocol, becoming the Wild’s 16th player this season to be listed, and first since Feb. 20.

Parise’s addition increases the total to 162 players who have spent at least one day in the protocol since the season began on Jan. 13.

Twelve players were listed, with Winnipeg still awaiting testing results. The total is down from 15 on Tuesday, which was the most since 18 players were in the protocol on Feb. 17.

The University of Iowa will allow limited fan attendance at outdoor athletic events for the remainder of the spring seasons.

The Big Ten Conference announced Wednesday that attendance policies for all regular-season competitions will follow local health guidelines and restrictions.

Iowa will allow 50% capacity at outdoor venues for events but will continue to restrict attendance at indoor events. Fans attending events will be required to wear face coverings. The school said capacity limitations will be reviewed on an ongoing basis as local conditions improve.

The Big Ten has announced its schools will be allowed to set attendance policies the rest of the spring based on local health guidelines instead of by conference mandate.

The decision is effective immediately and applies to spring football events and spring sports contests. The Big Ten Conference Directors of Athletics and the Council of Presidents and Chancellors made the decision in consultation with medical experts and the conference office.

The conference allowed a limited number of fans to attend the Big Ten men’s and women’s basketball tournaments.