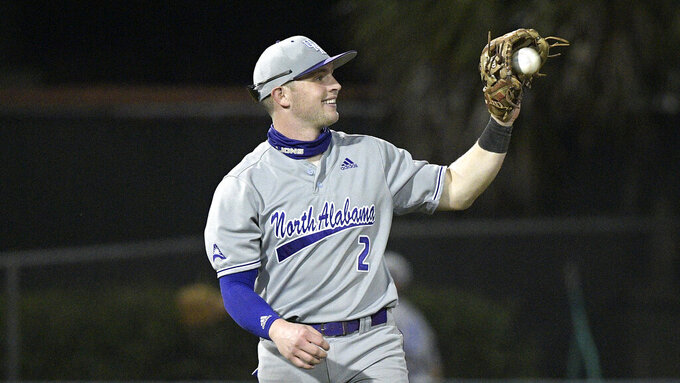 The list of players in the NHL’s COVID-19 protocol dropped to a season-low three, despite the additions of Pittsburgh captain Sidney Crosby and Nashville’s Ryan Johansen.

San Jose’s Tomas Hertl is the only other player on the list after entering his seventh day in the protocol.

The protocol list has remained in single digits for each of the past nine days and is down from a season-high of 59 on Feb. 12.

In a related development, 17 of the NHL’s 31 teams now have plans in place allowing a limited number of fans to attend home games after the Philadelphia Flyers announced they will begin doing so at 15% of their arena’s capacity.

The Charlotte Hornets are getting set to welcome fans for home games.

The team announced that for the first time in nearly a year a limited number of fans will be allowed to attend games at the Spectrum Center, beginning with the team’s March 13 game against the Toronto Raptors.

The Hornets’ reopening plan has been approved by state and county authorities and allows the team to host fans at 15% capacity, approximately 3,000 per game.

Single-game tickets for the remainder of the season will go on sale to the general public on Friday.

New protocols for fans include mandatory face masks at games, social-distancing seating, and mobile ticketing, contactless ordering and payment, and health screening before entering the building.

There will be a limited menu for concessions, featuring grab-and-go options.

The D.C. government has told the Washington Nationals that it is too soon to say whether spectators will be allowed to attend the team’s home games during the coronavirus pandemic.

Christopher Rodriguez, the director of the city’s Homeland Security and Emergency Management Agency, wrote in a letter Tuesday to the Nationals that their application submitted on Feb. 12 requesting to play games at Nationals Park is approved “without fans in attendance due to the impacts of COVID-19 in our community.”

There were zero fans at any regular-season Major League Baseball games in 2020, when the sport played an abbreviated season of 60 games instead of 162.

Rodriguez’s letter said the possibility of fans at games in 2021 “will be reexamined as the public health metrics associated with COVID-19 evolve in the District.”

The city expects to be able to pass along “some word on ticket sales for fans in the middle of the month.”

A Nationals spokeswoman said the team will “continue to work with the city.”

Wednesday’s Atlantic Coast Conference men’s basketball game between No. 22 Virginia Tech and visiting Louisville has been canceled following a contact tracing review within the Hokies’ program.

The team is following ACC medical protocols. The Cardinals will close the regular season Saturday at home against No. 21 Virginia.

“We are excited about the opportunity to welcome more fans to our outdoor venues,” the university said in a written statement. “We will also undertake the task responsibly and in accordance with the SEC’s health and safety protocols, which will include mandatory and strictly-enforced mask wearing.”

Baseball is among the most popular spectator sports at LSU.

During the 2019 college baseball season, the last before the coronavirus pandemic, LSU set an NCAA record with 473,298 spectators attending 43 home games at Alex Box Stadium, which holds more than 11,000.

The announcement from LSU on Tuesday came as Edwards announced loosened “Phase 3” coronavirus rules for the state.

Louisiana’s daily average of new cases of COVID-19 over the past two weeks has fallen 21%, according to Johns Hopkins University data.

Meanwhile, 14% of the state’s population has received at least the first dose of the two-dose Pfizer and Moderna vaccines that have been available since December.

SMU’s scheduled home finale Sunday against Tulsa has been canceled by the American Athletic Conference due to the continued suspension of activities in the Mustangs program because of COVID-19 issues.

Currently the No. 4 seed for the AAC Tournament, the Mustangs would open tourney play March 12, more than a month after their previous games. The AAC Tournament will be played at Dickies Arena in Fort Worth, Texas, about 40 miles from the SMU campus in Dallas.

SMU athletic director Rick Hart says it's difficult “to put into words the frustration and sense of loss we are experiencing right now.” He says it's the school's intent to play in the AAC Tournament.

The Southeastern Conference wants the few fans able to attend the men’s basketball tournament in Nashville to know the rules.

Health officials are allowing a seating capacity of 20% at Bridgestone Arena for approximately 3,400 fans because of COVID-19 restrictions at the tournament starting March 10.

The SEC said Tuesday that fans over the age of 2 will have to wear masks or face coverings, with gaiters, bandanas and masks with valves or vents prohibited. A face shield also won’t be enough. Anyone seeking a medical exemption to the mask requirement must reach out to the arena at least 24 hours in advance or won’t be allowed inside the arena.

The league also isn’t making tickets available for public purchase because of the reduced seating. Individual SEC teams will have a limited number of tickets for sale for their fans.

West Virginia’s baseball team has paused activities for the next seven days because it is unable to meet COVID-19 thresholds as established by the Big 12.

The school’s athletic department said Tuesday that a three-game home series Friday through Sunday against Kent State and a March 9 home game against Marshall will not be played.

Pittsburgh Penguins star Sidney Crosby will miss Tuesday night’s game against Philadelphia after being placed on the COVID-19 protocol list.

Head coach Mike Sullivan made the announcement Tuesday morning. The Penguins did not hold a morning skate ahead of the game, in line with the league’s COVID-19 guidelines.

The news comes a day after the NHL had a season-low four players in the COVID-19 protocol.

Crosby leads the Penguins with 18 points and is tied for the team lead with seven goals.

Pittsburgh currently sits fifth in the highly competitive East Division, two points behind the Flyers. Philadelphia swept a pair from the Penguins at home to start the season. The cross-state rivals are playing in Pittsburgh on both Tuesday and Thursday.