The Latest: Play ball! Prep baseball being played in Iowa 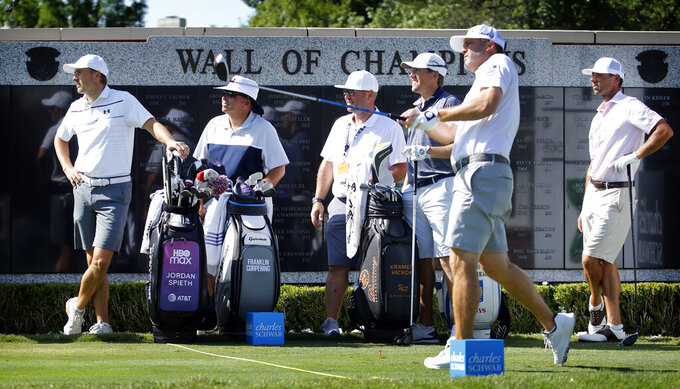 The Latest on the effects of the coronavirus pandemic on sports around the world (all times local):

Prep baseball has returned to Iowa.

Colfax-Mingo faced Tri-County on Monday as Iowa became the first state to have a varsity baseball game since the coronavirus pandemic closed down sports across the country in March, the Des Moines Register reported.

In addition to the baseball game played at the Principal Park in Des Moines, home to the Chicago Cubs' Triple-A team, the Iowa Cubs, A number of softball games in Iowa started later in the day, the newspaper reported.

The game between two schools with less than 200 enrollments, in front of an announced crowd of just over 360, was possible because Iowa sponsors high school sports in the summer. It is the only state to do so.

Colfax-Mingo used a seven-run seventh-inning for a 10-0 win over Tri-County.

“With two weeks (of practice) and the kids not throwing ahead of time, you’re not sure how that first game is going to go,” Tri-County coach Scott Edmundson was quoted as telling the newspaper. “Now we’ve got the rust off and know where we’re at, and we’ve got things to on.”

All the baseball players from Roosevelt High School kneeled during the national anthem prior to the Roughriders' game against Ankeny Centennial at Principal Park in Des Moines, Iowa, to protest racial injustice.

The Des Moines Register reported that the Roughriders' coaches stood behind their players, literally and figuratively, as the anthem played.

“Coach brought it up during practice, just with everything going on,” senior Alex Pendergast was quoted as saying. “We talked about it as a team and came to a decision, as players, to take a knee and give more attention to the problem at hand.”

Pendergast knew it was important for the team to kneel together.

“I feel like that’s a big deal,” Pendergast told the newspaper. “If we had some standing and some kneeling, it wouldn’t have been as big as a deal. But that the whole team came together and everybody kneeled, I think it makes a big difference.

“That’s a big part of why we did it. There’s so much diversity at Roosevelt and on our team. It’s our responsibility to stand up for our community.”

Michigan’s athletic department says football and basketball players are welcome back on campus starting this week if they choose to take part in voluntary strength and conditioning work.

Players and staff will have daily screening before being admitted to facilities. People who test positive for COVID-19 will enter a defined quarantine protocol.

The second phase of returning student-athletes to the Michigan campus will include cross country, field hockey, golf, soccer, tennis and volleyball.

The school did not disclose whether it was athletes, coaches or staff members who tested positive. In the two weeks since Iowa began testing, there have been three positives and 343 negatives.

According to an Associated Press count, at least 45 athletes, coaches or staff members at a total of 17 schools have tested positive since June 1.

The PGA Tour will keep the 3M Open in Minnesota on schedule, but the second-year event will be played without spectators on site.

Tournament officials announced Monday that the state’s health guidelines currently in place for public gatherings during the COVID-19 pandemic will keep the galleries empty throughout the weekend of July 23-26. Attendance at the TPC Twin Cities course in Blaine, a suburb north of Minneapolis, will be limited to players, caddies, staff, media and other personnel deemed essential to the operation.

The PGA Tour resumed last week after a three-month hiatus because of the virus outbreak. No spectators were admitted at the Charles Schwab Challenge in Texas, and the next three events will also be held without fans.

The Memorial tournament in Ohio, rescheduled for mid-July right before the 3M Open, has received state approval for a limited amount of spectators.

The New York Racing Association and the City of Saratoga Springs unveiled a limited edition set of Saratoga Race Course-branded face masks on Monday as part of an effort to raise funds for two local non-profit organizations.

The reusable cloth face masks come in a variety pack and feature three individual designs with Saratoga logos. The masks, to be used to help stop the spread of the new coronavirus, include stretchable elastic ear straps with an interior pocket for a replaceable filter.

A portion of the proceeds will be donated to support Franklin Community Center and Shelters of Saratoga, which provide food, shelter and other critical resources to the community.

A football player at West Virginia has tested positive for the coronavirus, the school said Monday on the first day of voluntary workouts.

The school’s athletic department said in a statement that contact tracing identified other football players who could have been exposed to the athlete. Both the player who tested positive and the others he may have been in contact with will isolate themselves for 14 days, the statement said.

Voluntary workouts will continue for players who have tested negative for the virus, the statement said.

When West Virginia begins its fall semester on Aug. 19, students must wear masks on campus, including in class. Students, faculty and staff must be tested for the virus before they return to campus and complete a coronavirus education course.

European Tour members would be able to play again two weeks earlier than originally planned with the announcement Monday of the consecutive golf tournaments in Austria.

Both will be dual ranking events for the European Tour and its developmental Challenge Tour.

The Austrian Open will be July 9-12 at Diamond Country Club. It will be followed by the Euram Bank Open at Golf Club Adamstal, which will be July 15-18.

Both tournaments will have a purse of 500,000 euros and count toward both tours.

The full European Tour schedule starts a week later with the British Masters. That kicks off a stretch of six tournaments in England and Wales, each with a prize fund of 1 million euros ($1.1 million).

The European Tour was last held March 8 at the Qatar Masters when the COVID-19 pandemic led to a shutdown. The Challenge Tour was last played Feb. 16 in South Africa, though it was not scheduled to resume until May.