The Latest: Shapovalov edges teenage Sinner in 1st round 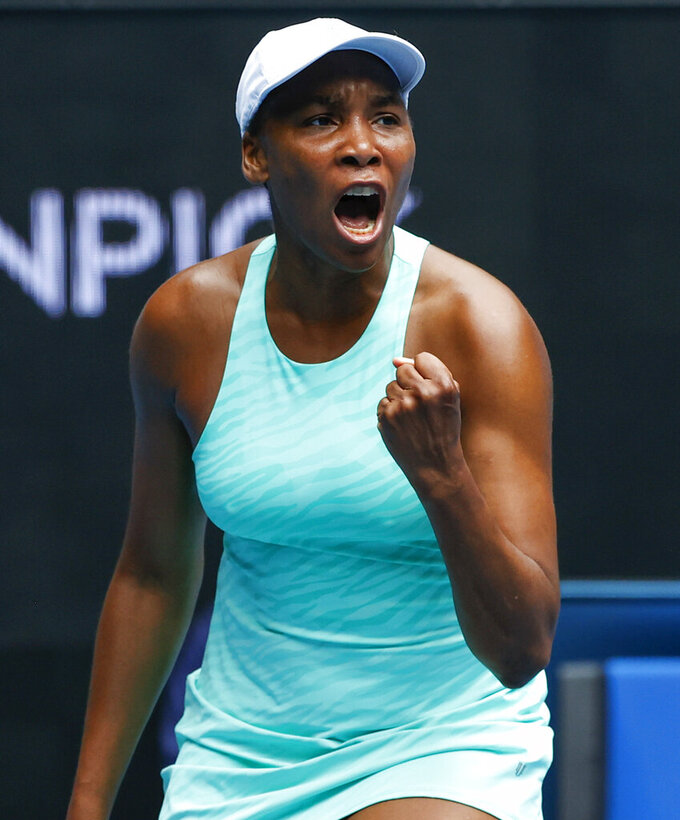 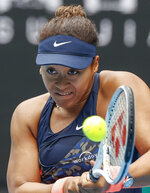 MELBOURNE, Australia (AP) — The Latest from the Australian Open on Monday (all times local):

Two of the brightest young prospects in tennis ensured the first day of the year’s first major went well past midnight.

It meant the 21-year-old Shapovalov, not accustomed to being the older player on court, avoided a first-round loss at Melbourne Park for the second straight year.

For 19-year-old Sinner, it was an early end to his fifth major and an up-and-down month Down Under.

Since losing to Rafael Nadal in the quarterfinals of the French Open, he has collected his first two ATP titles.

Sinner won the Great Ocean Road Open on Sunday, extending his winning streak to 10 matches including his first ATP title at Sofia last November. In doing so, he became the youngest player to win back-to-back titles on the ATP Tour since 1995, when a 19-year-old Nadal won in China and Madrid in 2005.

The total crowd at Melbourne Park on the first day of the Australian Open hit 17,922, including day and night sessions in three divided zones.

It was well down on the 64,387 fans that crammed onto the grounds on Day 1 of last year’s Australian Open, but way more than any other major since then.

The state government is allowing up to 30,000 people per day into Melbourne Park for the Australian Open, which is less than 50% of capacity.

The precautions are in place to in bid to provide some social distancing because of the COVID-19 pandemic, which has been reasonably controlled in Australia, where 909 deaths have been attributed to the virus.

There were no fans allowed at the U.S. Open, only about 1,000 per day were allowed at Roland Garros and Wimbledon was canceled.

But with the Australian Open starting three weeks later than usual — now it’s outside the summer holidays — and some people still nervous about going out in crowds following a harsh Melbourne lockdown last year, it was a predictably cautious start.

Novak Djokovic extended his streak of straight-set wins over Jeremy Chardy to 14 matches as he opened his Australian Open title defense with a 6-3, 6-1, 6-2 victory in the last match on the first-day program at Rod Laver Arena.

The top-ranked Djokovic was never close to losing against the 33-year-old Chardy, maintaining a winning streak that dates back to 2009.

The 15,000-seat stadium was about one-third full. It's the biggest crowd at a major tournament in a year. Because of the COVID-19 pandemic, no fans were allowed at the U.S. Open, fewer than 1,000 were allowed at the French Open and Wimbledon was canceled.

The state government is allowing up to 30,000 fans per day for the Australian Open, although Melbourne Park is divided into three distinct sections for both day and night sessions and no court can be more than 50% capacity.

“This is the most people I’ve seen on the tennis court in 12 months,” said Djokovic, who has won eight Australian Open titles at Melbourne Park. “Thankyou so much. I really — I really, really appreciate your support in coming out tonight.”

Second-seeded Simona Halep breezed into the second round of the Australian Open with a 6-2, 6-1 win over Australian wild-card entry Lizette Cabrera.

Halep struggled with a lower back issue in a straight-sets loss to Ekaterina Alexandrova in a warm-up tournament last week, but didn’t appear to be hampered in her win over Cabrera.

The 2018 Australian Open finalist broke Cabrera’s serve six times and hit 14 winners to 18 unforced errors to win in just under an hour.

Halep plays another Australian in the second round, Ajla Tomljanovic, who was a 6-2, 6-1 winner over Misaki Doi.

Days after pushing top-ranked Novak Djokovic and No. 4 Daniil Medvedev all the way in tough three-setters at the ATP Cup, Alexander Zverev was in trouble in his first-round match at the Australian Open against No. 73 Marcos Giron.

The sixth-seeded Zverev lost the first set in a tiebreaker, after saving four set points. Then, to let off steam in the second set, he smashed his racket into the court and broke it.

“He played incredible. He knew on a big stage, against a top-10 player, he has to come out firing,” Zverev said. “He had me in trouble.

“Two days ago I was spending three hours on court against Medvedev and Novak — my body was a bit fatigued. But this is a Slam, you don’t get easy matches.”

Zverev reached the semifinals of a Grand Slam tournament for the first time here last year and went one better at the U.S. Open by reaching the final, losing both times to Dominic Thiem.

Gael Monfils' eyes filled with his tears as he spoke to reporters after his seventh consecutive tour-level loss — and the first time he's exited the Australian Open in his opening match in 15 years.

The 10th-seeded Frenchman is a two-time Grand Slam semifinalist, but he can't seem to win anywhere at the moment. It's been a year since his last victory.

Ruusuouri was playing only his fourth career match at a Grand Slam tournament.

And the luck of the draw might have played a role here: These two players were practice partners during the coronavirus-forced quarantine when they arrived in Australia. ___

U.S. Open champion Dominic Thiem has moved into the second round at the Australian Open, where he was the runner-up to Novak Djokovic a year ago.

Thiem had been 0-3 in Grand Slam finals until emerging for the championship at Flushing Meadows in September. That ended a run of 13 consecutive major titles for Novak Djokovic, Rafael Nadal and Roger Federer.

This is the first time since 2015 that only one man from the U.S. was among the top 32 players in the field in Australia.

Another American picked up a much more unexpected victory in the women's draw when 66th-ranked Bernarda Pera eliminated three-time major champion and No. 25 seed Angelique Kerber 6-0, 6-4.

Kerber, who won the 2016 Australian Open, made 25 unforced errors and had just seven winners.

“It was probably not her greatest match," Pera said, "but I’m happy to get through.”

Serena Williams is off to a fast start at the Australian Open.

After losing the opening game, Williams won 10 games in a row and beat Laura Siegemund 6-1, 6-1 on the first day of the tournament. The victory marked the start of Williams’ latest bid for a record-tying 24th major title.

Williams took the court in a colorful one-legged catsuit, and her game looked flashy, too. She lost only nine points on her serve and hit 16 winners.

For the past four years, Williams has been trying to equal Australian Margaret Court’s record for major titles. Williams’ most recent Grand Slam championship came at Melbourne in 2017.

Venus Williams has won a Grand Slam match for the first time since 2019.

Playing in her 21st Australian Open, Williams beat Kirsten Flipkens 7-5, 6-2 on the first day of play.

Williams went 0-3 in matches at major tournaments last year. She is playing in her 88th Grand Slam tournament, a women’s record.

At 40, Williams is the oldest woman in this year’s draw and just the sixth player in her 40s to compete at the Australian Open.

Osaka, who won the title in Melbourne two years ago, played the first match of the tournament in Rod Laver Arena and beat Anastasia Pavlyuchenkova 6-1, 6-2.

The first tournament of this year’s Grand Slam season began after a three-week delay because of the coronavirus pandemic.

Osaka drew a potential tough opening opponent in Pavlyuchenkova, a Russian ranked 39th who reached the quarterfinals in Melbourne three of the past four years. But Osaka breezed through the first set in 21 minutes and barely slowed after that.

Naomi Osaka opens play at Rod Laver Arena when she takes on 39th-ranked Anastasia Pavlyuchenkova, a quarterfinalist three of the past four years in Melbourne.

They are among eight women Grand Slam singles titlists playing on the opening day. Others include two-time Wimbledon champion Petra Kvitova and 2019 U.S. Open winner Bianca Andreescu. There were six tuneup tournaments crammed into last week, with top-ranked Ash Barty among the winners of the five finals staged on Sunday.

The tournament is beginning three weeks later than scheduled because of coronavirus quarantine requirements for the players. It started under mostly cloudy skies and a temperature of 17 Celsius (63 Fahrenheit)