Lions-SAfrica series needs to be held this year, says Jones 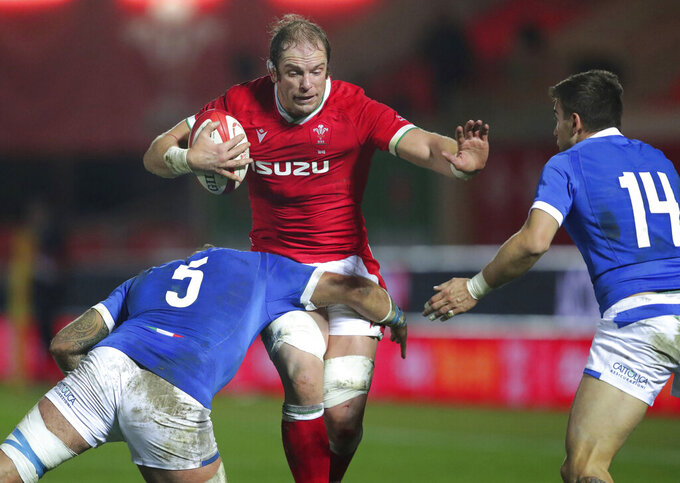 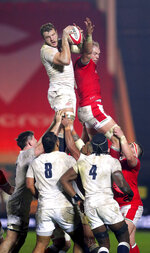 CARDIFF, Wales (AP) — The rugby captains of England, Ireland, Scotland and Wales are united in the belief that the British and Irish Lions should play South Africa this year rather than a tour being pushed back until 2022.

The planned Lions tour of South Africa this summer is under threat by the coronavirus pandemic, with three contingency plans being discussed: playing the test series in Britain and Ireland, playing the eight-match tour without fans in South Africa, or postponing it a year.

Wales captain Alun Wyn Jones has been involved in the talks, along with his counterparts for England (Owen Farrell), Scotland (Stuart Hogg) and Ireland (Johnny Sexton), and is ready to discount one of the proposals.

“I think it needs to go ahead this year,” Jones said, speaking Wednesday at the launch of the Six Nations tournament which begins next week.

“The jury is out on where it will happen," he said. "We all know the jeopardy that it’s in. All being well, everyone will be safe and looked after if it does go ahead, for those guys selected. … From a captain’s point of view, we are all in agreement that, if it can, it should go ahead this year.”

Jones, who has played in nine Lions tests across three tours and also captained the team in a 2013 series-clinching victory over Australia, also said it was important spectators were allowed into matches.

“It would be a travesty if the fans weren’t able to go and see it,” he added. “Having been involved in a few, it’s a very special tour and the fans make it that way.”

Scotland coach Gregor Townsend, who toured South Africa as a player with the 1997 Lions, hopes a solution can be found.

“You can’t underestimate the value the Lions have to our sport and what it means to our players and our supporters,” Townsend said.

“So I just cross my fingers a solution is found and we can all get behind that team, whether it is this year or next year.”

A decision is set to be reached by the middle of February.