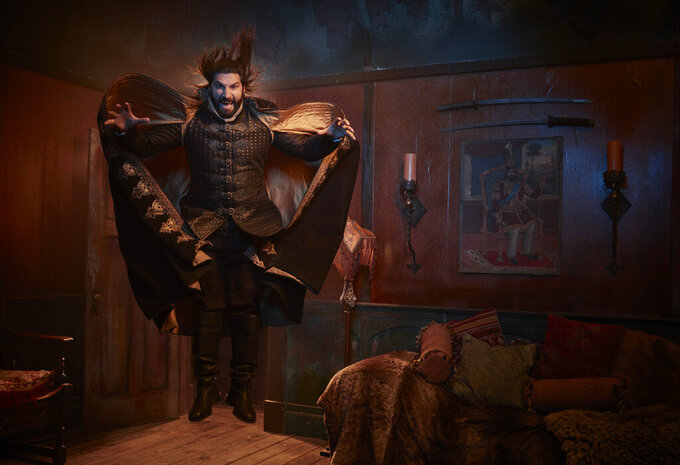 This image released by FX shows Kayvan Novak as Nandor in a scene from the comedy "What We Do in the Shadows." “The Queen’s Gambit,” “Lovecraft Country” and “What We Do in the Shadows” are among the series featured in a virtual edition of the Paley Center’s annual festival. The event celebrates TV programs and their stars and producers. (Matthias Clamer/FX via AP)

LOS ANGELES (AP) — "Lovecraft Country,” “The Queen’s Gambit” and “What We Do in the Shadows” are among the series featured in a virtual edition of the Paley Center’s annual festival celebrating TV programs and their makers.

A 20th-anniversary reunion of cast members and creators of “Six Feet Under” also is part of PaleyFestLA, on demand starting this week on Yahoo Entertainment. This is the second year that the festival has been forced online because of pandemic restrictions.

Some panel discussions include celebrity moderators, among them “The Late Late Show with James Corden,” moderated by Andrew Rannells; “Evil,” with Whoopi Goldberg and “Ted Lasso” with moderator Patton Oswalt.

Sessions with stars and creators of “The Good Doctor” and “Big Sky” round out the festival lineup.

Highlights of PaleyFest events past, including for “The Golden Girls” and “The Big Bang Theory,” are available on the Paley Center’s YouTube page at youtube.com/user/paleycenter.