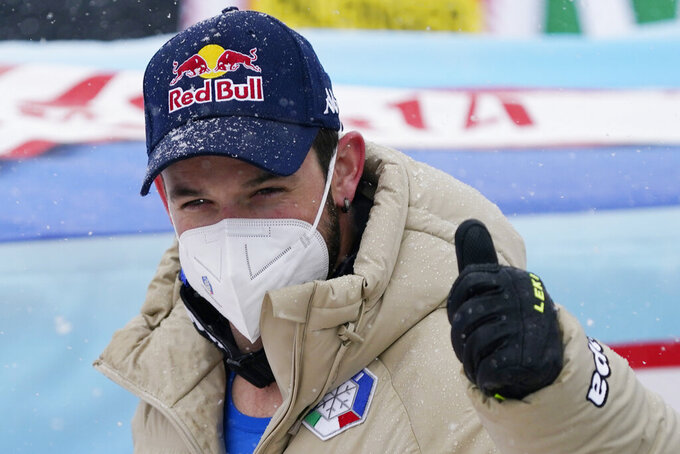 The first men’s World Cup downhill following the world championships was stopped Friday because of fog after nine racers had completed their runs.

Low clouds in the upper part of the Schneekristal course initially forced organizers to use a reserve start lower down the hill. They interrupted the race when the fog bank moved down the mountain and affected visibility for the racers.

Snowfall in the middle section was also getting denser.

The race was called off 1½ hours after its start as conditions failed to improve.

Italian skier Dominik Paris was leading Vincent Kriechmayr by seven-hundredths of a second when it was stopped. The Austrian won the downhill and super-G world titles last month.

Matthias Mayer, Kriechmayr’s teammate, was 0.65 seconds off the lead in third, while Beat Feuz was more than a second behind in fourth. The Swiss skier leads Mayer and Paris in the discipline standings with two events remaining.

The race was a replacement for the classic downhill in Wengen, Switzerland, which was canceled in January amid the coronavirus pandemic.

Another downhill at the Austrian venue, which will host the 2025 world championships, is scheduled for Saturday. The weather was expected to improve overnight.