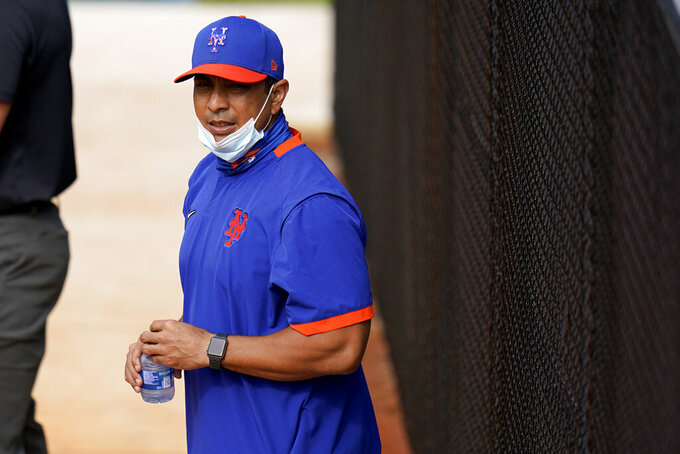 Rojas spoke with media before the day game and said “I got to go and take care of some personal stuff. But I'll be back tomorrow for the game.”

Bench coach Dave Jauss was in charge of the dugout during the game.

Rojas, 39, is starting his second season as Mets manager. He took over last year when Carlos Beltrán was fired without managing a game in the fallout of his role previously as a player with the Houston Astros during a sign-stealing scandal.

Rojas managed the Mets to a 26-34 record and fourth place finish in the NL East during last year's pandemic-shortened season.