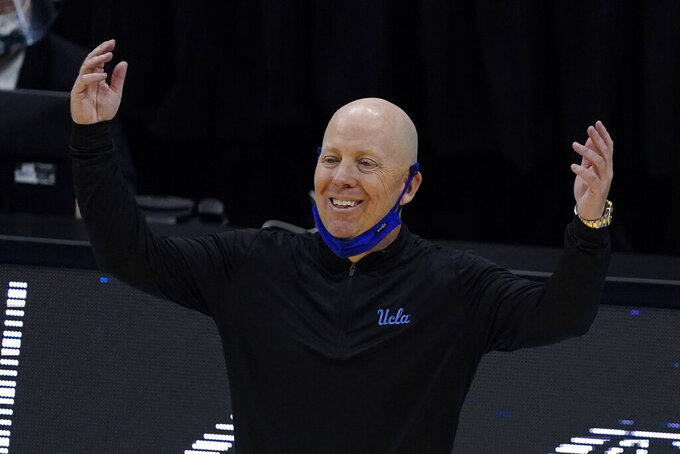 LOS ANGELES (AP) — Mick Cronin has been rewarded for UCLA’s surprising run to the Final Four with a two-year contract extension.

Athletic director Martin Jarmond announced Thursday that the deal worth a guaranteed $4 million per year runs through the 2026-27 season.

Cronin has compiled a 41-22 record in his first two seasons. The team’s Final Four appearance in the NCAA Tournament was its first since 2008.

“In less than two years in Westwood, through seasons disrupted by a global pandemic, Mick has led UCLA Men’s Basketball back to its rightful place among the nation’s elite,” Jarmond said. “This extension represents the stability and commitment needed to execute the long-term vision that Mick and I share. The future is bright.”

The Bruins were 22-10 this season. They finished fourth in the Pac-12, losing their final four games before landing in the NCAA Tournament as a First Four team. They beat Michigan State before defeating BYU, Abilene Christian, No. 2 seed Alabama and top-seeded Michigan. UCLA lost to top-seeded Gonzaga in the national semifinals.

“I love being at UCLA,” Cronin said. “The commitment from our players over the past two seasons has been rewarding, especially as we have dealt with some unusual challenges during a global pandemic.”